As any gamer knows, E3 brings all the goodies. Focused on all things video gaming in 2016, E3 provides cross platform product information. As announced games are starting to be released, it’s time to look at what’s coming, what’s good, what’s great, and what’s been postponed. 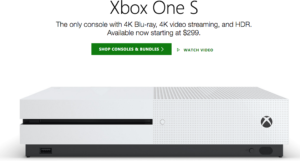 What to know about Video Gaming in 2016?

Microsoft introduced a thinner Xbox One S, Sea of Thieves, We Happy Few, and a long list of ongoing franchise updates that includes Gears of War, Forza, Final Fantasy, and Witcher. For those hoping against hope for new Bioshock games, We Happy Few is bringing an acceptable stand-in garnering excellent reviews. Meanwhile, Gears of War 4 seems to have adequate reviews but nothing particularly new.

The Microsoft Store shows that Forza Horizon is getting 4.8-5 stars and earning 9/10 on gamespot.com. Unfortunately, Cuphead, whose graphics draw on classic 1930’s style cartoons as well as the old school 1980’s games, has been postponed until mid-2017 since the developers decided to maintain the original creative idea instead of paring the game down to meet the original release date. Find out more about video gaming in 2016. 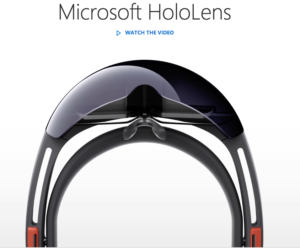 Deserving of its own category, the HoloLens s more than the typical VR. It allows users to combine the real world with fictional visual information to create a fully augmented reality experience. With early reviews indicating that this could be the future of  computing, the only questions are whether the price will offset its applicability to the average person and whether Microsoft can clean up a few bugs in the hardware and software. 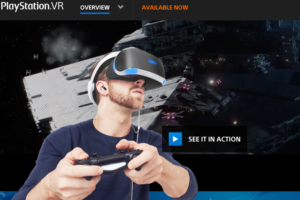 Sony presented Playstation VR which had a US release in October,  a new Resident Evil 7 (coming in January 2017 and fully playable in VR), Call of Duty Infinite Warfare, and Horizon: Zero Dawn. The Playstation VR provides a cost effective introduction to a VR experience making it a good fit for those who want to try VR without a huge up front investment. What more do you expect from video gaming in 2016?

Call of Duty Infinite Warfare is seeing good reviews across the internet with 4 stars on Metacritic. Meanwhile, Horizon: Zero Dawn has a US release day of February 28, 2017 and European release date of March 3, 2017. Meanwhile, for people who need quick gratification, The Last Guardian, released at the end of October, has been good reviews across the internet.

Nintendo brought less to the table than Sony and Microsoft. But its new Legend of Zelda: Breath of the Wild exceeded gameplay expectations. It is appearing to be less the traditional Nintendo Zelda easy-to-play game. Breath of the Wild takes on more realism that makes it similar to the harder edged games. In addition, Nintendo announced the Wario, Waluigi, Daisy, Rosalina, Boo, Donkey Kong, and Diddy Kong amiibo that launched on November 4th. 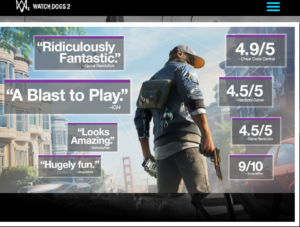 Although announcing a new South Park game, Ubisoft focused primarily on new games instead of continuations to pre-existing franchises. The South Park game has had its release date delayed from December 2016 until first quarter 2017. Many are looking forward to the game. Watch Dogs 2 early reviews are looking a bit mixed. Kotaku appears to enjoy the NPCs while Forbes and Time lament that its story is better than its broken gameplay. Get an amazing experience of video gaming in 2016.

OF Ubisoft’s release announcements, the one inspiring the most excitement is clearly the VR experience for Assassin’s Creed. Despite continued disappointment in most of the games recently produced by the Assassin’s Creed franchise. It remains a popular staple of gamers. The VR experience received rave reviews from those who had the good fortune to be able to try it and seems to be something to look forward to use with the reasonably priced, for what it is, Playstation VR.

Overall, much of the excitement created by the E3 announcements back in June seem to be bearing fruit. For those that are not arriving on time, it appears that they will be worth the wait. We hope you enjoyed learning about video gaming in 2016.

Video Virality : How to Use the Heart, Hand, Head Management Method in Marketing

Video Virality : How to Use the Heart, Hand, Head Management Method in Marketing

Video virality works along the same lines as good management. Instead of people managing employees, however, the video manages...

November 13, 2016
Copyright 2021 Digitallagos.tv All Right Reserved.
Back to top