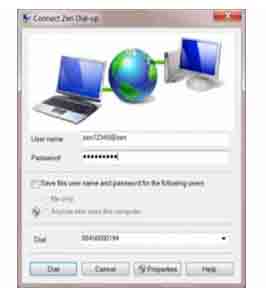 The World Wide Web turned 25 last week so to celebrate we’ve picked out some of its milestones and some things to remember.

On 6th August 1991, Tim Berners-Lee launched the first ever website but it was on March 12 1989 when he first wrote the proposal for it, describing an information management system. He shows it to his boss at CERN who described it as ‘vague, but exciting.’ The following year, along with Belgian computer scientist Robert Cailliau, Berners-Lee wrote a proposal for a ‘web’ of ‘hypertext documents accessible by ‘browsers’. Berners-Lee created the World Wide Web on a NeXT Computer – the company founded by Steve Jobs when he left Apple in the late eighties.

In 1994, things started to get commercial. Online banking popped up, as did Pizza Hut’s online ordering system, then came Amazon and eBay in 1995. Today, online shopping is huge. In 2012, there were 242 million people shopping online in China and in 2015, the US online retail industry is expected to be worth $279 billion.

Google was founded in 1998 in California by Larry Page and Sergey Brin while they were PhD students at Stanford University. Search engines were already around, but the Googlers invented a different system to how pages were found. They invented Pagerank, which looks at relevance, not just the number of keywords on a web page. In fact they tried to sell Google in 1999 because they felt it was taking too much time away from their studies. They offered Excite CEO George Bell the opportunity to buy the company for $1 million but he rejected the offer. Today, Google’s total assets amount to $110 billion and it pulled in $59 billion in revenue in 2013. It has over a billion unique visitors every month. 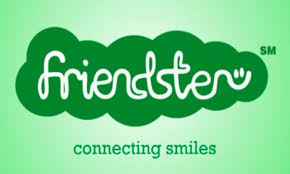 Facebook may be the biggest social networking site in the world today but it was certainly not the first. The first of the social networking sites as we know them today popped up in 1997 and lasted until 2001. It was called SixDegrees.com and users could list friends, send messages and post bulletin board items to people in their first, second and third degree lists. Eventually it was overtaken by more popular sites such as Friendster, MySpace and Bebo. Facebook was launched in 2004 as a Harvard-only social network.

Unfortunately, one of the few bad things about the web is the storing of people’s personal information, hacking and cyber-attacks, fraud and other crimes. Websites that require or store personal information such as payment details, bank records or phone records all need to be secure, but sometimes secure isn’t enough. The web has allowed for a different platform for criminals to commit crimes.

One of the greatest achievements of the Web is the ability for large amounts of people to come together in support of something. Change.org is a website that allows anybody to sign a petition and support change. In 2010, a revolutionary wave of demonstrations and protests emerged all over the Middle East and North Africa and helped to overthrow four different governments including President Muburak in Egypt and Libyan leader Gaddafi. Nine out of ten Tunisians responding to a poll, said they used Facebook to organise protests and spread awareness. The use of social networking sites was a major tool for people coming together quickly in numbers to make change.

The World Wide Web has changed the world but it wasn’t always as big, as fast or as easy to access. There are some things that only those old enough will have the pleasure of remembering:

the awful dial-up tone, external modems, disconnecting the phone to use the internet, paying by the minute, chat rooms and a/s/l, very slow loading times, images loading line by line, MSN Messenger, Ask Jeeves and the huge box computers we used to access it all on. Those were the days.