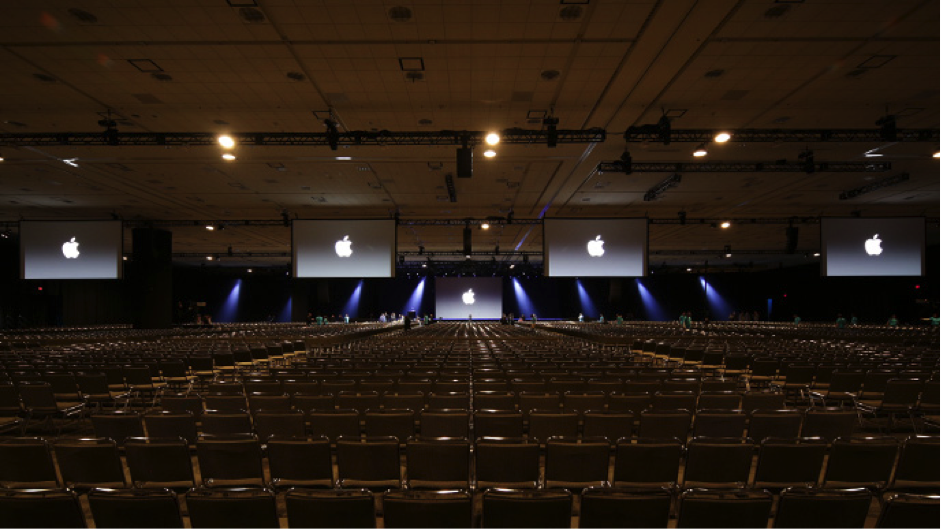 WWDC ’15 took place this month at its customary location in California, United States. The colossal event was attended by developers, university students, enthusiasts and marketers with a great zeal, making it big like every year. If you didn’t get a chance to put in an appearance at the conference or if you missed its live streaming due to work, digitallagos.tv is here presenting you the key events that took place.

Over the years, releasing a new iOS version at the conference has been a tradition of apple and users wait for it anxiously. This fall, iOS 9 will be released and it is full on enhancements and remarkable features that affect day to day productivity by providing multiple task handling techniques and smart suggestions. Here are the 10 key iOS 9 features to look for:

1. Slide over: the new way to multitask

With the slide over feature, you can switch to any another app without leaving the current app view. This was much needed for the iPad users and they get it this time.

2. Split view: this will revolutionize the iPad

Were you longing for this? Certainly you were. With the Split View in action, your iPad can open two apps simultaneously, bringing in more focus and productivity.

3. Picture in picture: Probably the most loved feature

Your FaceTime call won’t pause now if you are accessing some other app in between. Instead, it minimizes to the corner of the display so that you can video and work at the same time. You’ll love this in action.

4. Spotlight: the genie that takes your orders

Spotlight has been improved and made so smart that it nearly does everything asked by you. Typing 5+5 in spotlight lets you know that it’s a 10. Partnering with Siri, you can now ask your apple device to show you the photos that you took on John’s birthday or tell you to remind something when you reach home.

Your device now recognizes that you plugged in your headphones or connected it to the Bluetooth in your car. Accordingly it suggests some recently played music and your favourite playlists. 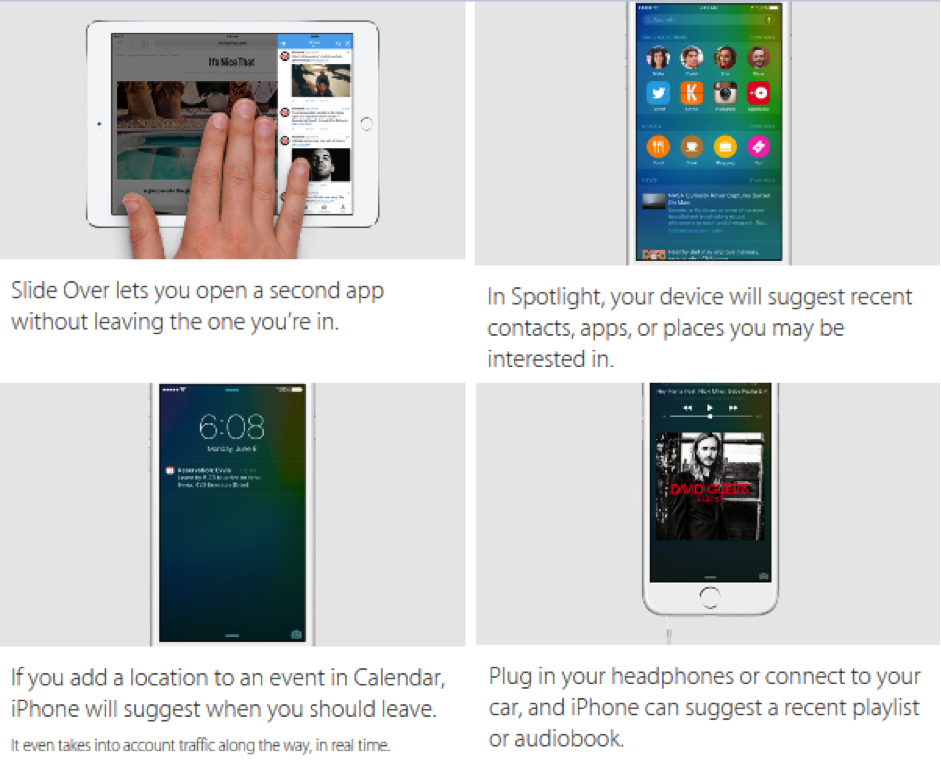 6. Notes: your own scribbling space

The Notes app has been redesigned to add features like checklists. Now you can also add photos and sketch and free hand write inside your note to make it more real. 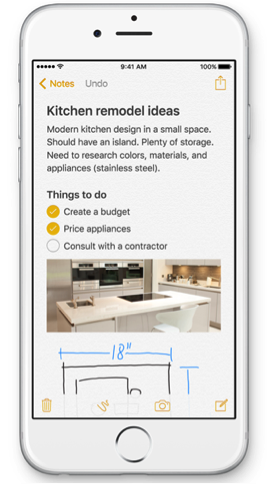 All news and events combined at one place. Say goodbye to your Reuters app or if you use any other. Having the leading news sources, you get to choose from a number of topics that interest you.

The new iOS brings you 1 hour extra battery life faster responsiveness and improved security with 6 digit passcodes. iOS 8 gave users a hard time with the software updates. Thankfully this thing is corrected in this release, with update size being just 1.3GB as compared to the 4.5GB of iOS 8.

Maps are so improved that it can suggest you nearby eating points and movie theatres. There is simple no need to install multiple apps that were previously telling you what movie is playing.

10. Moving to Android made easy. But why would you?

If you are switching to Android, you can do it easily with an app. Mail accounts, calendars, contacts and even app library is maintained as it is. 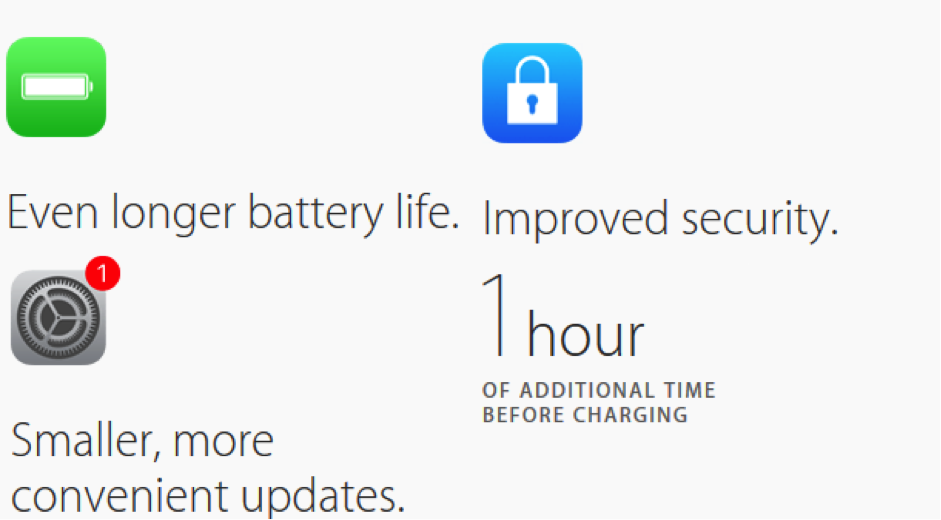 We are sure you must’ve had a great time reading these features and you must be waiting to do a haands-on. But for that you’ve to wait till this fall till the iOS release is available to its users including the iPhone 4s users! Stay tuned and watch this area for other happenings at the WWDC 2015. Next Lagos blogs will bring you the details about the new MAC OS.