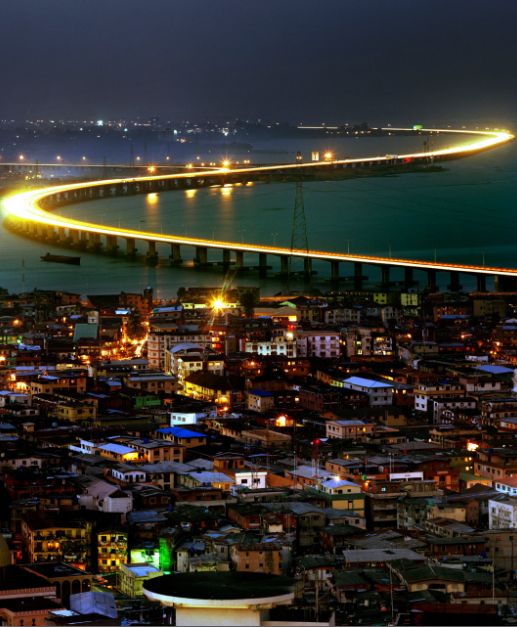 Babatunde Fashola, executive governor of Lagos state has expressed concerns over the current dangerous state of the Apapa/Ijora bridge in the city, calling for the urgent repair of the bridge to avert crisis.

The governor said: “The expansion joints of the Apapa/Ijora Bridge have widened so dangerously that it is a nightmare to drive on it. Some of the studies that we did I have sent the report to the Federal Ministry of Works showing what needs to be done and how much it will cost to do them.”

Furthermore, he said the federal government has not carried out any repairs on the bridges it owns in Lagos in the last 40 years. He said these in Lagos while hosting the Presidential Committee for Subsidy Reinvestment and Empowerment Programme (SURE-P) led by its Chairman, General Martin Luther Agwai (retd) at the State House, Ikeja, Lagos.

He said some of the funds meant for SURE-P projects should be spent on the maintenance of the Third Mainland Bridge in Lagos.

“There are not less than 28 bridges in Lagos that belong to the Federal Government that have not been maintained in the last 40 years,” Fashola said.

He called for massive investment in infrastructure nationwide with proceeds from the nation’s oil. If well invested, the governor said the fund would help bridge the infrastructural deficiency which had stunted the country’s economic growth.

He called for a policy framework that would enable intervention of agencies of the Federal Government such as SURE-P to deliver enduring and long-term benefits nationwide.

Fashola pointed out that building and construction of roads and bridges have helped to energize the economies of many nations across the globe, adding that the agency should always have it at the back of its mind that the revenue from oil would not last forever, advising SURE-P to re-strategize on how and where to invest the oil funds in order to give maximum benefit to Nigerians.

He recalled that the Petroleum Trust Fund, PTF, set up by the Federal Government at the time of one of the booms, invested the money in roads in some parts of the country, adding that indigenes of those parts could today proudly say, but for the PTF, they would not have gotten such infrastructure.

SURE-P Chairman, General Martin Agwai said the purpose of the visit was to explore ways to partner with the Lagos State Government in order to facilitate the planned programmes of the Federal Government to create jobs, particularly for the nation’s graduates.

He said the committee was planning a Graduate Internship Scheme to commence in the state by September 1 this year.

He said: “We thought it would be better to inform you and not only that, to give you advance preparatory things to get you prepared and to let you look at your programmes and adjust and see whether you can accommodate us so that when we bring formal invitation you will be available for us as Chief Guest.”