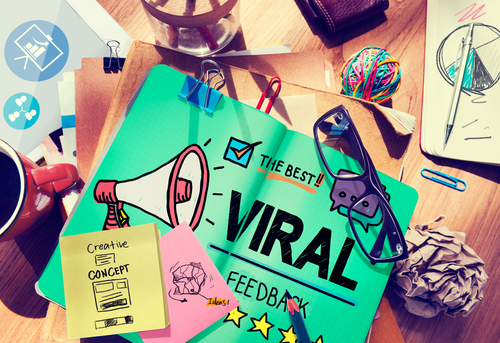 Ever wondered how your rivals are always outdoing you when it comes to generating more hits, views and sharing on social media? Well if that’s the case, worry no more, as you can also achieve the same by simply tweaking your video marketing strategy. Let’s learn the truth behind viral video marketing.

Video marketing is one of the most effective ways of converting prospects into leads to generate a substantial amount of sales.  Gripping statistics by Cisco already show that by 2019, three-quarters of the world’s mobile data will be on video.

While there is no perfect formula for going viral on video marketing, many organizations still struggle to come with videos that can reach enormous audience. If you have struggled for years to have the desired impact on video marketing, don’t worry because we have you covered with the best tips that are sure to make your campaigns successful.

Let us take a glance at what various viral video marketing successes can teach you.

For any video campaign to draw millions of people’s attention, it must evoke emotion. That is exactly what Coca Cola has perfected over the years with its video ads. Last year its Taste the Feeling ad, with the theme song originally done by Avicii, was a hit not only in Nigeria but across the globe.

The video was a success in growing Coca Cola brand popularity, because it refreshed consumer’s memories of their love affair by embodying great taste, refreshment love and happiness.

It does not matter how much you spend on video marketing as long as it does not evoke emotion don’t expect it to go viral. Even though there will come a time that a video will stop being shared, you need to make sure it does not happen quickly. The longer it takes the better, as it means more people are seeing it thus growing a brand’s popularity.

Make the first 10 Seconds the best ever Like Airtel

The first 10 seconds says a lot about whether a video is worth watching or just a waste of time. If you can capture people’s attention in the first ten seconds, then your video is sure to go viral. The first ten seconds should be about creating curiosity by asking questions and triggering laughter as well as tears.

Airtel’s ‘Kill EM ALL’ad evokes curiosity right from the start as it features a bikini clad lady passing by to the amusement of people.

Don’t try to get out too much information about a product in the first ten seconds. Instead, focus on triggering emotion to draw attention for an effective video marketing campaign.

Consumers, especially the millennials, are known to associate more with products that their favorite celebrities are using. Getting an endorsement from a celebrity in video content or a cameo is an effective way. It gets people to like your product.

MTN one of the largest wireless companies in Nigeria. It has perfected the art of using celebrities to beat its rivals in the competition. Social media campaigns like the Don Jazzy spearheaded #ItsWhoWeAre conversation. They have helped the company shrug off the competition when it comes to mobile data

Don’t Be Too Promotional but Educative Like Google Webmasters

One of the biggest mistakes that most people do is being too promotional on a video that can go viral. There is no audience in the world that wants to sit down and clobber with promotional videos.

We all love learn new things and what a better way to achieve the same but through video. A lot of target audience is out there in search of new info to apply to their daily lives. Google webmasters had done the same through its SEO for startups in under 10 minutes ad that is entirely education and not promotional.

There is no better way to reach a mass audience than with a well-articulated video marketing strategy. Before you launch any video marketing campaign, make sure it is simple, educative and most importantly triggers emotions.