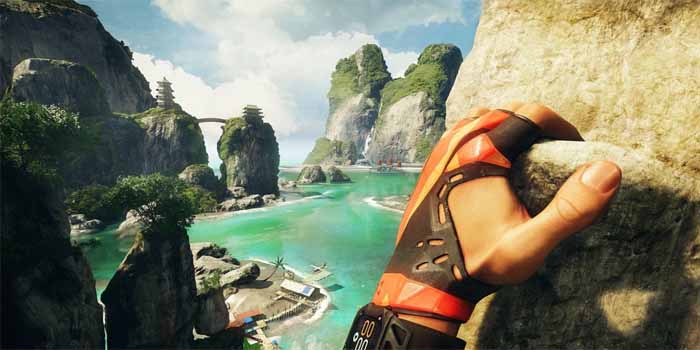 Virtual reality phenomenon has spread so fast the VR games are no longer a ‘freshly out.’ But even after Oculus Rift, HTC Vive, and PlayStation VR, people still don’t really know what games to buy to get the best VR experience. This is not the fault of standalone VR headsets, but cheap low graphics games offered for Google Cardboards.

Truth is, the virtual reality technology itself is still nascent and it will take some time before inconveniences like window effect and low frames rates are completely eradicated. For now, we can only rely on VR games for high-end developers which offer both graphical power and optimization as well.

These top 3 VR games with HD graphics and high performance include Chronos, The Climb, and Robinson: The Journey.

Chronos is more like your traditional game but with supersized VR window. The latest RPG game is designed in a way that the more you play this game, the more you will about the survival tactics, so only very engaging players get to be the best. The graphical fidelity is really good for a VR game in its initial stages. The gameplay is downright full of action and monsters that appear really lively through the lenses of Oculus Rift or HTC Vive. If we have to give you an anonymous example, think of a combination of Tomb Raider and Zelda.

The Climb by Crytek is the most thrilling VR game that you are ever going to play. It’s coming from the gaming studio that brought you super-awesome graphical and visually stunning games like “Crisis 2” and “Crisis 3.” As the name indicates, the game is about climbing mountains in virtual reality, each time trying to win a greater high. While two pair of gloves is all you would see, the experience is so immersive that when you look down, the fear of falling down gets to you at least on some level. Moreover, there are chances that some weak-hearted players would feel their head spinning and start puking, not due to apart from side effects of low frame rates, but due to acrophobia.

This again comes from Crytek and it seems like they are hellbent to give you a journey of your life through games that are packed with adrenaline. Unlike “The Climb,” you don’t have to fear the heights, this time, you fear the Dinosaurs! The official trailer of the game shows the player is standing in a jungle and there’s a cute spherical hovering robot your his assistance. Suddenly there’s some sort of unrest and dinosaurs are running from something, which turns out to be nothing but your worst dinosaur nightmare, the T-Rex!

Did you know that some VR games were exclusive to Occulus Rift and you previously couldn’t play them on HTC Vive. This included Chronos as well. Thankful, Occulus removed the exclusivity and the Vive users play such titles by employing a simple hack. Now that PSV is also here, these top 3 VR games with HD Graphics and High Performance will reinstate the image of virtual reality in your eyes.