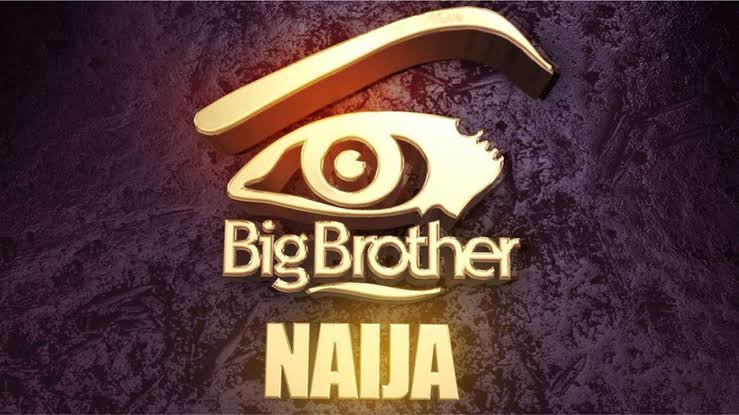 If there’s anything that Big Brother Naija has successfully done, it’s to establish that reality tv shows are here to stay. They are the king of prime-time entertainment in Nigeria and many parts of the world. They are an important part of the evolution of reality television that is worth mentioning.

It is hard to decide between followers of these show and football fans, who are more passionate in their support for their favorite teams.

In the United States of America, according to Nielson reality television shows since the 2002-2003 season has consistently captured the largest percentage of the audience watching the top 10 broadcast programs.

The data further shows that in the 2007-2008 season, reality shows captured 77 percent of the total audience viewing those top 10 programs.

The first taste of such reality tv show started with the debut of Gulder Ultimate search in 2004. GUS selling point was to gather a group of contestants and expose them to the harshest of situations mostly natural elements and the strongest was crowned the winner.

From the inception of GUS, it was clear that the attraction of reality television laid in its ability to draw audiences across different demographics. It was not only entertaining but educative. The show explored Nigerian tourists sites which helped to attract positive attention to the country.

Gulder was one the brands that gained the most from the eponymous show. It ran for 12 seasons and this was at a time Nigerians were waking up to social media.

A few years down the line, more reality TV shows have debuted. Most of them are different in format and content to GUS but they are still able to engage audiences in ways other shows on television couldn’t do. Check out Kunle Afolayan Serves Another Masterpiece with Mokalik.

WHAT IMPACT EVOLUTION OF REALITY TELEVISION HAS IN NIGERIA?

Audiences were always sharply split along their favorite contestants. They campaign and vote to keep their favourite contestants in the game. This trend made it clear that the influence of reality TV shows permeates cultures.

It also transcended mere entertainment and sometimes dovetailing into fanaticism. Perhaps, it is because ordinary folks could identify with contestants.

Right now, even an uninterested bystander cannot escape the news of Big Brother Naija housemates and their shenanigans. The streets of Twitter, Instagram and Facebook are crawling with videos and pictures of all things Big Brother Naija.

The success of the show must be weighed against the moral fabric of many Nigerians. But despite criticisms from some quarters about the show’s lack of immorality, many people have found solace in it. The evolution of reality television has a great impact on how people see a show.

Over 900 million votes were recorded in the 2020 season, attesting to the sheer numbers and engagement that this show generates across religious, ethnic and age lines.

Olayiwola Afolabi, of Lagos based polls agency, Media Polls Service, explains, that, “the reason why it is successful is the periodicity of it.

“If it were to be done on a regular basis or daily, it will wean the audience attention. The timing makes it what people look forward to expecting. The force it engages, allows the audience to participate.

Afolabi also said the fact that these reality TV shows aren’t on a daily basis allows for freshness, so the expectation is higher and allows a brand to connect with the audience.”

The sheer numbers that this show commands is astounding and has over the years made advertisers to sit up and take notice. This year’s major sponsor BETWAY allegedly paid about $1million dollars to be the headline sponsor. This claim looks feasible. In fact, organisers of the show claimed to have spent over $9million dollars to organize it.

Among other reality tv shows, Big Brother Naija uses a democratized approach designed to harness its pull.  This is unlike other Entertainment reality tv shows before it that had single sponsors.

The show usually has a major sponsor but also creates room during commercial breaks for other brands and products to reach their audiences.

Its appeal lies in the ability to make an already popular brand more famous. Payporte, Bet9ja and most recently Betway have been the biggest beneficiary. This advertising model is global and has huge benefit for sponsors of such shows

What has also made it more appealing to advertisers is that it offers more than advertising to brands. Almost every segment and commodity commercialize and in many cases simulates user experience for products.

In Big Brother Naija, the housemates on the show have to perform tasks that help brands showcase their products.

The effect is that it creates a brand affinity for that product in the minds of fans of the housemates. Interestingly, organisers of this show are making a kill because the adverts and brand-sponsored tasks also enjoy huge social media engagements.

“Brands get the exposure,” says Stanley Eze-Alumona, a senior executive at MediaFuse, an advertising agency.

“This is especially impactful for brands at the early stage of their life cycle. It provides the brands with the opportunity to grow their spontaneous awareness and drive trial. This helps brands that wish to or just launched a new variant. like Innosson Vehicles.

Since their participation in Big Brother Naija, reference their Facebook and Twitter social media handles and you will see the level of engagement they have.  Compare it to two years ago before they started leveraging the show. Looks like the evolution of reality television has had a great impact on them.

“What these shows do for brands is to create the desired impact on consumers at the lowest cost per thousand.”

The segmentation for reality tv shows and marketing videos have made it easier for brands to secure airtime at affordable rates.

This means it can accommodate a brand’s ad budget.  Stanley said, “Definitely not same amount as if you are paying for IPS in a normal TV programme. The Gold sponsors can spend as much as over 300 million naira.

“Using Big Brother Naija as an instance, however, the brand has the flexibility of negotiating and arriving at what is can afford. The truth is that no matter how small your budget is, there’s always a package that will accommodate it.””

But the figures indicate that brands are really spending to advertise on this show. However, a publication by nairametrics estimates the spending for last year’s edition to be in the region of 10 billion naira.

STRIKING A BALANCE AFTER THE EVOLUTION OF REALITY TELEVISION

Regardless of the popularity of reality tv shows and its pulling power, brands should certainly consider other forms of advertisement to reach their audience. The trick to maximizing that kind of brand exposure is in striking a balance.

Afolabi opines that most seasoned advertisers know it is a hybrid. It contributes to the audience share of brands. The best thing is to modulate it, take the advantage of a reality show when it is on and still keep your normal program where you advertise regularly.  What can change is how to tweak your budgeting.””

Long after the hype and social media trends are no more, there is still a lot of work to do after the evolution of reality television.

“Advertising is not a one-off marketing approach, says Stanley. “Brands should, at the end of each show endeavour to remain relevant on media. This will be the easiest way to sustain the gained mileage. Out of sight is out of mind.

“For a continued incremental presence in the minds of consumers, brands shouldn’t end their presence on media. Even after gaining momentum from participating in a reality show.”

Moreover, it is warming to note it goes beyond advertising and marketing communications. Brands are using the platform of reality television to positively affect lives. Housemates and contestants are empowered with material and commercial opportunities by virtue of brand association. What this does is that it in turn strengthens Nigeria’s entertainment sector in terms of exposure and opportunities.

Long may it continue.