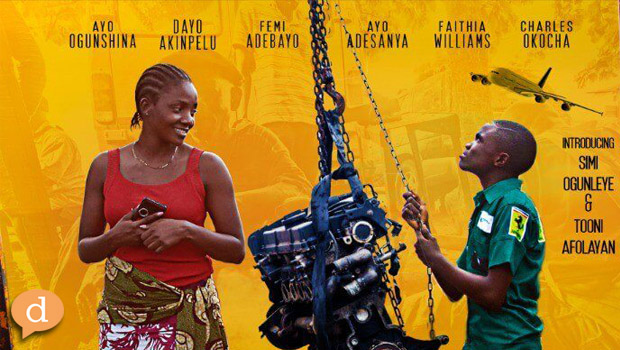 From the stables of award-winning director, Kunle Afolayan comes another blockbuster – Mokalik. Known for movie hits like The Figurine, The CEO, Phone Swap and October 1, he serves us another masterpiece depicting the Yoruba heritage centered on a mechanic workshop.

Kunle follows his father’s trail of moviemaking, which dates as far back as the 70s and 80s. After leaving the finance industry to pursue his passion, Kunle became the mastermind behind films about a figurine, Nigerian independence, and several indigenous documentaries.

Mokalik, which translated means ‘Mechanic’, tells the story of a young lad Jaiye, (played by Tooni). The parents of this 11-year-old send him to work as an apprentice in a mechanic workshop. The whole idea was to give a whole new perspective on life. However, he is at a crossroad when he is left with serious life choices. Jaiye has to choose between pursuing his middle-class enabled formal education or mechanic apprenticeship.

He appeared to find fulfillment in the mechanic workshop. Armed with different life perspectives, he encounters other characters he comes across within the mechanic village. Jaiye garners experience and keeps learning new things.

He met Obama – a Yankee deportee, played by Damilola Ogunsi. Obama is one character that livens up the mechanic workshop. He dished his role effortlessly and was of great influence on Jaiye, the main character. The movie comes with twists and turns. Comic actor and Instagram sensation, Charles Okocha added more flavour to the movie.

Mokalik was a great opportunity for Lateef Adedimeji to ‘shine’ as an entertainer that he is at the same time improving his brilliant acting skills. This review was would incomplete without mentioning debut acting performance from ‘Joromi’ crooner, Simi Ogunleye (the female lead character) and Ex-Big Brother Housemate, Tobi Bakre (her love interest). They both had a platform to showcase their acting skills. Simi witnessed some acting struggles though. As the movie progressed, she seemed to gathered momentum. Her fans might not be surprised if she ditches singing for acting soon.

With the movie plot, there are sections that would leave the audience confused. What was Kunle Afolayan trying to pass across? What was it a documentary or film about a mechanic workshop? In that aspect, the movie pace recorded some flaws. It took a while to add up. When it finally did, some actors were abusing their screen time that they acted in ‘slow motion’.

Kunle Afolayan is synonymous with the Yoruba heritage. And above all, Mokalik definitely ably represented the Yoruba culture. If it were to be in the English language, probably it would have been a major flop. However, some younger actors struggled with their Yoruba.

With the collaboration between Kunle Afolayan and Pat Nebo, nothing below excellent was the expectation. Besides, Kunle Adejuyigbe did a good job with the photography and sound design.

And then, Tunde Babalola did a great job writing the story. Judging from all parameters, Mokalik is movie hit that took cinemas nationwide by storm. Check out for more movie reviews.