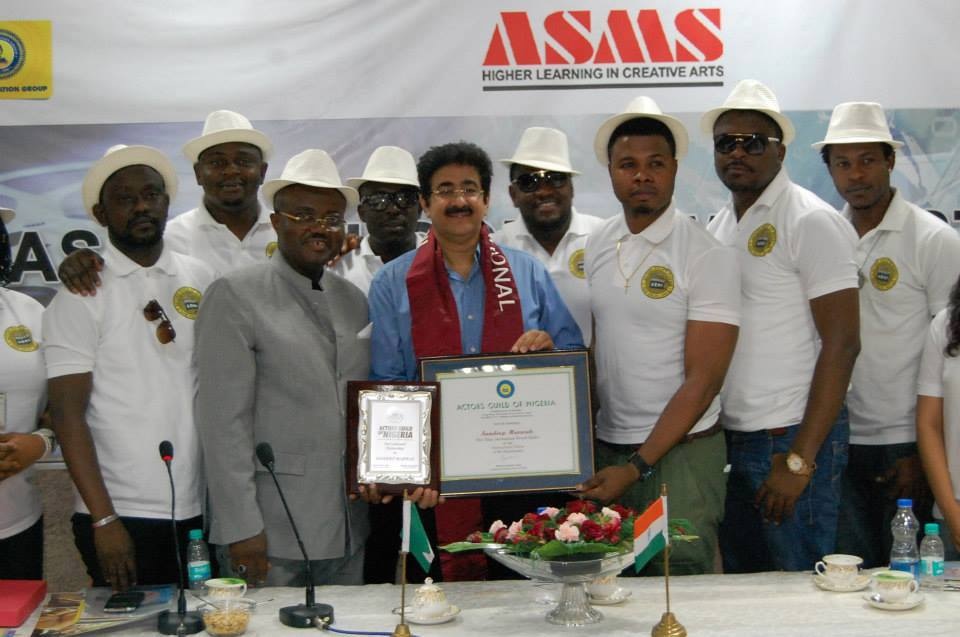 Prof. Sandeep Marwah, director of Asian Academy of Film and TV (AAFT), has been installed as the first international patron of the Actors Guild of Nigeria (AGN). The installation was conducted by Prince Ifeanyi Dike founder & Chairman of the Board of AGN.

Marwah was nominated by Nollywood actress and President of the Actors’ Guild of Nigeria, Ibinabo Fiberesima.

“We take this honor to nominate Sandeep Marwah Five times World record holder in media as the International Patron to our organization,” she said.

Speaking at the ceremony held in his office, Sandeep Marwah said he was glad to be associated with the Nigerian film industry and the AGN.

He said: “I am proud to be associated with Actors Guild of Nigeria as International Patron. I will put my best to help the members of the organization.”

Marwah inaugurated the film city in Noida IndiaMarwah studio and has trained over ten thousand media professionals from 90 countries of the world. The facility has also produced 1,800 short films, associated with 2,500 TV programmes along with feature films.

It has been ranked among top 10 best film school by Cine premiere Hollywood, and has won 150 national and international awards for media education.