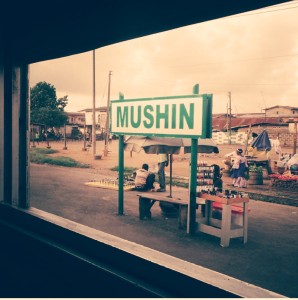 A total of N4 million has been budgeted by the Rotary Club of Mushin Metropolis, District 9110, Nigeria, to fund projects in schools and hospitals in Mushin, Lagos state.

According to the club, the projects to be undertaken include procurement of computer sets and training of operators; upgrade and fortification of a computer room in a selected secondary school in the area. These were announced the Club when Bamidele Balogun, the district governor 2014-2015 visited the Mushin-Metro chapter, to encourage the Rotarians on their humanitarian and social development gestures.

According to him, Rotary International is notable for its penchant interest in developing the society through philanthropy, respect for human life and promotion of unity among members of the society.

“Our impact starts with our members—people who work tirelessly with their clubs to solve some of our communities’ toughest challenges. Their efforts are supported by Rotary International, our member association, and The Rotary Foundation, which turns generous donations into grants that fund the work of our members and partners around the world.  Rotary is led by our members—responsible leaders who help to carry forward our organization’s mission and values in their elected roles.

Balogun said that each year, gifts to The Rotary Foundation fund thousands of projects around the globe.

He described Mushin-Metro Chapter as distinct in the District due to the members who have been enthusiastic about building lasting legacies in the area.

He said the District 9110 was ready to support them in carrying out their projects in the areas of education, health or other chosen projects.

In an address, Michael Umo, the Best Class President, 2014-2015 and president of the Chapter, thanked the Governor, promising improved projects developments in Chapter.

He said, the Chapter was ready to support the Rotary Foundation through programme participation and financial contribution and to produce at least four Paul Harris Fellows before the end of the Rotary Year.

Umo listed service projects to be embarked on by the Chapter to include two major areas, namely, education/literacy and healthcare.

On education, he said, “We intend to provide 10 computer sets and training after upgrading and fortifying a computer room. UPS, stabilizers and a generator will provided at the cost of N1.5m.

“There will be upgrading of the laboratories for the school in a three year programme. The laboratories are Physics, chemistry and biology at the cost of N2m.

“On healthcare, we have budgeted N400,000 for the provision of insecticide treated nets, incubators per hospital”.