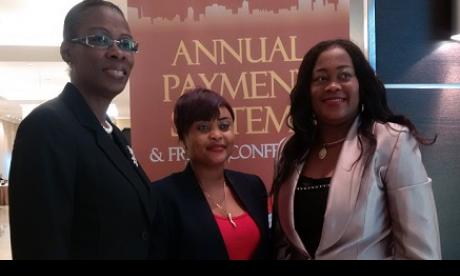 Payment processors, financial services providers and other players in the information and communication technology including the judiciary and the law enforcement agencies have identified collaboration among themselves as a critical factor in the fight against electronic fraud in Nigeria.

The stakeholders made this observation at the just concluded 5th annual Payment Systems & Fraud Conference 2014 organised by Electronic Payment Providers Association of Nigeria (E-PPAN), in Lagos.

They therefore called for active collaboration among industry players and more proactive measures to tackle electronic related fraud in the country.
Delivering a keynote address at the conference, Chief Judge of Lagos State, Justice Oluwafunmilayo Olajumoke, said e-payment industry in Nigeria is prone to manipulations and attacks by fraudsters, and that it has become imperative for the criminal justice sector to develop the appropriate tools and strategies for combating e-crimes and e-fraud in the country.

While calling for improved efforts among the law enforcement agents in the presentation of cases for trial, especially as regards electronic fraud, Justice Olajumoke, who was represented by Justice Atinuke Ipaye of the Ikeja High Court, also noted that the Evidence Act has helped in the trial of cyber cases.
She said it is also important that both the investigators and the prosecutors understand that they must work together and collaborate to achieve successful prosecution.

“They must work together, pay great attention to the detail and be meticulous to ensure that their investigations will stand up to the scrutiny in the court room and do everything by the book”.

She noted that, “The role of the judiciary as ‘resolver of disputes and interpreter of the law and defender of the constitution’ remains unchanged even in these times of great technological advancement. What must however change are the tools and resources deployed to tackling crimes”.

Olajumoke whose speech dwelled on the conference’s theme: “Unbundling the Criminal Justice Process in a Digital Economy,’ said although, the legal environment is traditionally conservative and wheels of justice always turn slowly, with articulate evidence, securing a conviction in the case of e-fraud is not impossible.

On her part, Executive Director of Nigeria Inter-Bank Settlement System, NIBBS Mrs Christable Onyejekwe, said Nigerian businesses especially in the finance sector incur huge cost preparing against fraud. She noted that e-fraud comes with enormous social, financial and economic cost which should have been channelled to business expansion and raising quality of life.

Represented by NIBBS’ Chief Risk Officer, Mr. Osioke Ojior, she said that financial institutions in the country must step up their fights against electronic and other related financial fraud.

According to her, some banks find it difficult to notice when they are breached, causing several billions of Naira lost to fraudsters yearly.
She disclosed that according to e-fraud report available to NIBSS between January and September, 2014, Nigerian banks have already lost over N4 billion from 916 attempted frauds. Other financial players lost about N32 million in 30 attempted attacks.

Earlier in a welcome address, Chief Executive Officer of E-PPAN, Mrs. Onajite Regha, said that, compared to any other time in its history, the e-payment industry faces an overwhelming variety of security challenges as the transaction environment grows in size and complexity.

Regha said that with more stakeholders, payment channels and the users driving the use of payment cards, the need to enhance the integrity of an increasingly dynamic system while ensuring global acceptance is more important than ever.

She noted that, “On a global level, fraud continues to migrate from more secured to less secured regions and channels. This obvious shift is accelerated by an increasingly adept and organised criminal community that seeks to exploit security vulnerabilities and fraud. Criminals are targeting not just unmonitored, stand-alone, point-of-interaction devices, but also launching sophisticated attacks on the private networks of well-known entities, such as major data processors and top-tier merchants”.
She warned that the aforementioned factors can lead to fraud attacks that cause erosion in confidence and global acceptance of e-payments.

Regha added that, in a bid to forestall the trend, E-PPAN has decided to use the e-fraud conference as a platform to carry along identified and very important stakeholders in the fight against e-fraud.