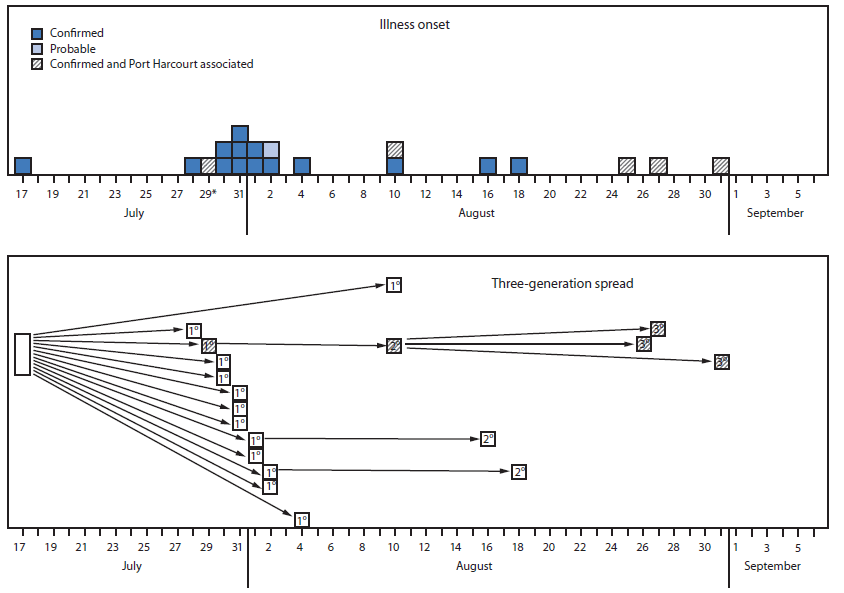 As the Ebola epidemic swept through West Africa, Nigerians successfully fought back using an android app and Facebook. Now the country looks forward to being declared Ebola free as the crisis in Nigeria appears to be contained.

The West African Ebola outbreak, the worst in history to date, has claimed more than 3,400 lives, with the hardest hit areas being Liberia, Sierra Leone, and Guinea. Nigeria has not escaped unscathed, however. More than 800 people were monitored after coming into contact with infected persons over a two month period, according to the CDC, but health officials are now confident that the outbreak has been contained. Daniel Nwomeh, health ministry spokesmen, stated that Nigeria is expected to be declared Ebola-free by the World Health Organization about October 20th, according to a recent interview in the Chicago Tribune (CT).

There were 19 cases of Ebola recorded in Nigeria, with seven confirmed deaths related to the disease and 12 recoveries, according the CDC. When reacting to the arrival of this disease health workers depended on an android app provided by eHealth and Information Systems, a non profit organization based in Santa Ana, California that developed an emergency response base in Kano, Nigeria. Successful containment is often dependent on how rapidly health workers can respond.

“With Ebola, time is very important,” Adam Thompson, the chief executive officer of eHealth & Information Systems, said in the CT interview by phone from Kano. “If there’s a two or three-day lag in order to get a contact to the list, this could be a problem. The person could be in a different country by that point.”

By using the app, reporting times were cut by up to 75% and eventually became almost real time. Handwritten forms, which were used in the past, were eliminated, as data was entered into the system directly, updating almost immediately, according to Daniel Tom-Aba, senior data manager at the Ebola Emergency Operation Centre in Lagos in the CT.

“One of the key things that worked for Nigeria was the fact that we knew the index case and we were able to trace all the contacts back to him,” Tom-Aba said in a recent interview reported by Bloomberg Businessweek (BB). “Every contact tracer had a GPS incorporated in their phones so we knew that they had gone to the contact’s house. That built accountability.”

The virus was brought into Nigeria by Liberian civil servant Patrick Sawyer on July 20th, according to BB. Contact tracing, a method used to follow up on all people potentially exposed, led to 18,500 home visits according to the CDC.

The eHealth & Information Systems app is also being deployed in Sierra Leone, Liberia and Guinea in effort to assist the outbreak efforts there.

Contact tracing is a tried and true method to assist in containing outbreaks, but it has been challenged in the past by slow response times. Recently, in a blog published on Digital Lagos.tv, previous efforts by the CDC to streamline this process using computer apps were discussed.