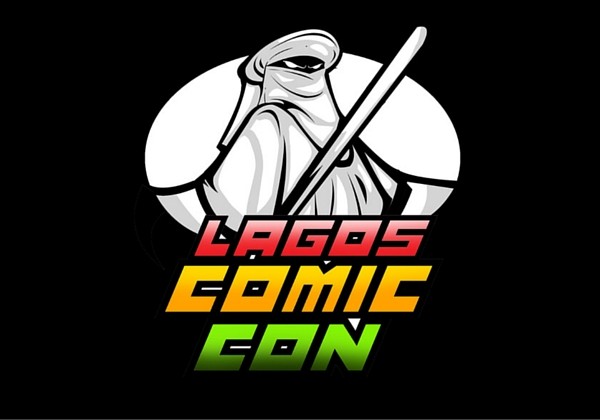 With Lagos Comic Convention 2016 almost upon us we want to take a look at its key theme this year: Creative skills as a tool for economic diversification.

Lagos Comic Convention is one of the most important events in the comic and animation industry and is slated to take place this year on the 17th of September. Created by industry insiders, Ayodele Elegba and Austin Osas, the event made its debut in 2012. Its success soon resulted in support from with giants such as Disney/Pixar with Tomorrowland, The Lagos State Government and partnership with UBER Nigeria, City FM, Hotels.ng, Olisa.Tv, TechCabal, TechVoize, WordUpTV, UR4AFRICA, Violet Nirvana, SocialGood, DigitalLagos.TV, Dream Africa. With this year’s theme, the organizers are clearly looking towards a more diverse economy using creative skills.

Ayodele is one of the founders of Spoof Animation and has been in the business since 1999, starting out as a self-trained animator. He is well-respected in the community and brings an expert perspective to the role of creative skills in today’s swiftly-changing economic landscape. The 2016 Lagos Comic-Con boasts several noteworthy events including several seminars and workshops that are designed to help those who are interested in the industry. The panels and master-classes will help to underline how essential creative skills are to the success of this industry and how they can contribute to a flourishing economy.

It is safe to say the Nigerian comic industry is enjoying a period of significant success. It wasn’t always like this. The perception that there was no interest in African-inspired comic characters had previously meant that there was no serious weight thrown behind it. However, a serious boost has come in the form of several successful publishing houses.

Out of all of these publishing houses Comic Republic is the one that has walked away with most of the headlines. Their “African Avengers” has cultivated a dedicated fanIbase at home and earned an earnest following abroad. The US, arguably the comic capital of the world, has often dealt African characters a poor hand. Unable to reconcile the fact that Africa is made up of many different cultures, and peoples, US comics have tended to boil the entirety of Africa down to one or two stereotypes.

Successful entrepreneurs in the industry such as Jide Martin founder of Comic Republic, share a common vision with burgeoning artists, such as Roye Okupe of Youneek Studios, Peter Daniel of Peda Studio, Kuluya!, OurOwnArea! They see the promise of the comic and animation industry in Nigeria and envision a market that is more than just the usual US offerings. Industry leaders such as Jide Martin, Ayodele Elegba, Roye Okupe and Austine Osas  are harnessing the best creative skills in Africa to create more African-based characters for the wider comic and animation industry.

Creations such as Guardian Prime from Comic Republic, EXO Comic from Youneek studios, B.O.L.A cartoons by Genii Games and New Born Saga by Peda Studio have been gathering interest and contributing to a change in the African comic and animation landscape. With culturally authentic comic characters Nigeria, and other African nations, can get across the image of their country that rings true to them. They feel there is a “real Africa” that is relatively unknown beyond the continent. The media seems to have colluded in offering the world only a glimpse of what Africa is really like and this glimpse does not include the thriving tech industry or Nigeria’s booming film industry.

With the theme of this year’s Lagos Comic Convention, it is clear that Ayodele, Austine, Shola, Raymond and the rest of the team believe that the economy can enjoy a positive impact from greater use of creative skills. The question is: how?

Businesses contribute to their industries and the industry sectors contribute to economy. In short, this is how things work. But what makes a successful business? Many different things. One of the few invariables is creative skills.

Creative skills are a way to strengthen an industry that could be of significance to fans but also of significant importance to the economies of Africa. With a greater focus on the creative skills, talent and cultures, that make African countries different to all others, those countries can export a wider range of creative products and bring extra revenue to their economies.

It is estimated that there are millions of Nigerians employed in creative jobs and this is no surprise when one considers that creative skills are fundamental to almost every business sector. The word creative is no longer restricted to meaning arts & crafts. It is now applied to design, branding, advertising, marketing – these are essential to all types of products and services sold throughout the world. Creative skills underpin many of the essential tasks necessary in these businesses to achieve success. The key to appreciating the contribution of creative skills is to the economy is in understanding that many of the tasks necessary from the beginnings of every business, and throughout, are performed using creative skills.

With confusion over what is and is not considered a creative skill it is difficult for staticians to give us hard figures on how creative skills contribute to the economy. However, in 2006 a study from the Department for Culture, Media and Sport (DCMS) in the UK revealed that creative industries contributed 7.3% of Gross Value Added (GVA) in the UK in 2004. At the time this amounted to £57 billion. As well as exporting £13 billion the creative industries also employed 1.8 million people in the UK out of a population of almost 60 million.

Demand is increasing for Nigerian comic book heroes, and not only in Nigeria. In fact, as much as half the digital downloads of Comic Republic comics/Youneek Studios are requested from the UK and US. A lot of this success is down to savvy use of social media and branding. Revenue is generated from sales of the books, but it is also generated from paid-for advertising and product placement within the comics.

With a still nascent industry and products that have nowhere near reached market saturation there is a lot to suggest that the comics and animation industry in Nigeria, and the rest of Africa, will continue to go from strength to strength. The drive is there with publishing houses and artists ready to show the world a side of Africa previously unseen in comic form. The market is there, ready and waiting to consume more superhero stories from Africa. Now we just have to see how successfully the industry players can sustain, expand and diversify. Perhaps it will not be too long before the comic and film industries join forces and cinema-goers in the US are queuing up for the latest Guardian Prime/ E.X.O movie/cartoons.