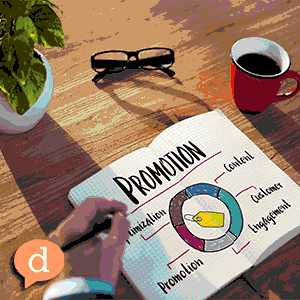 In the digital age, the creation and promotion of content is continually changing. Due to changes in Google’s algorithm, paid content is king. People are investing in paid video advertising more than ever. Instead of promoting organic content, it instead paid search has become the most effective way for businesses to expand their reach and target new customers.

From social media platforms like Facebook and Instagram to paid video advertising on news websites, it can sometimes be hard to understand whether content is native or paid. Instead of old approaches like pop-up ads, content marketing has become the new approach to both engage customers and convert sales. This, however, sometimes blurs the lines between native and paid content and forces /advertisers to be more creative than ever.

What to Consider when Creating Paid Video Advertising?

The first and most important step when creating paid advertising—and the thing that makes it the hardest to distinguish—is high-quality and engaging content. Though content has many definitions, as it can be videos, photos or audio, design it to be as undisruptive as possible. This is the exact opposite of traditional advertising, whose goal is to be disruptive and attention-grabbing. Content marketing also has three times the leads per dollar spent when compared to paid video advertising, signaling that users respond well to this type of ad.

Both content advertising and native advertising seamlessly blend in with similar organic content. Content advertising has one advantage: it shouldn’t matter if the consumer can tell whether or not it’s an add. If the quality is high and the subject matter is of interest, the consumer is still benefitting in the end. While it can range from a tweet or Instagram post to longer form editorial content to a video clip, produce it thoughtfully and provide information to the viewer so that the consumers won’t feel the need to distinguish between paid and native. And, content marketing has a conversion rate six times higher than other methods; even if consumers don’t recognize the ad, they are engaging with it and purchasing the products.

According to Inc., a consumer is 85% more likely to purchase a product or service after watching branded video content. According to Salesforce, video views per day have quadrupled on Facebook in the last year. It shows the effectiveness and usefulness of these new paid video advertising methods. Nielsen found that “even if a viewer sees a portion of a video ad, they were positively affected by that brand,” Salesforce said on their blog. Though one can distribute content without any recognition, it seems that consumers are engaging with this new method.

If the content is high-quality, should a consumer care if it is an advertisement?

What are the advantages of paid video advertising over editorial content?