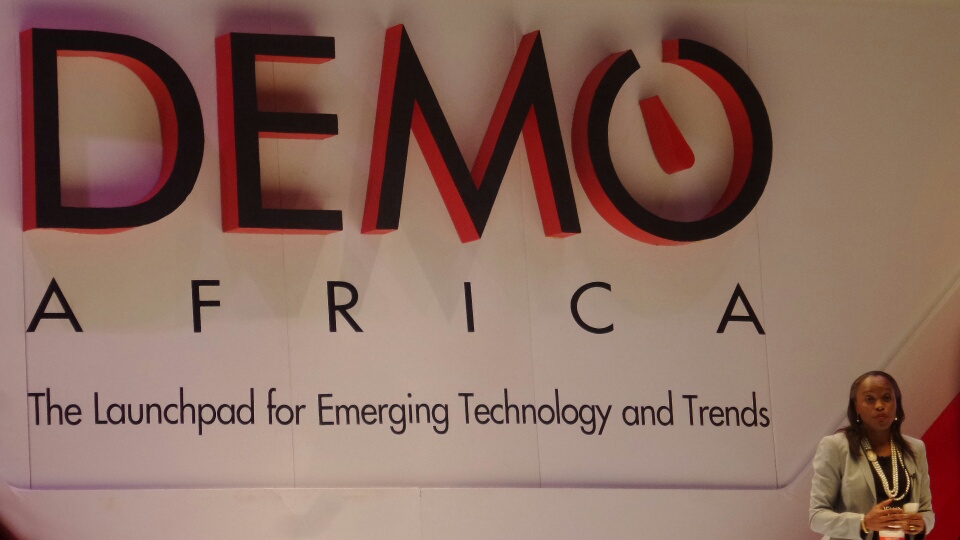 DEMO Africa 2015 is the second edition of the continental event that would be held in Nigeria. Coincidentally, it’s also the second one I would be attending – both in Lagos and on the island. Even though the caliber of startups that pitched last year were quite impressive, the class of 2015 took it to a new height and I can boldly say that as far as tech innovation is concerned, Africa is set – and the rest of the world is aware of this.

The summit which was attended by more than 100 investors from across the world ended with stakeholders identifying non-availability of exit options as one of the major reasons why investors are not yet willing to invest large resources in potentially great African startups. One of the speakers was Candace Johnson, President of the Brussels-headquartered European Trade Association for Business Angels, Seed Funds, and other Early Stage Market Players (EBAN) who shared lessons from the European ecosystem with participants. She spoke on the potentials of the angel investment ecosystem in Africa focusing on lessons the playmakers can learn from the more advanced ecosystems of various countries in Europe.

In the hall where the sessions were going on, the interest to invest in Africa was written on the faces of most of the foreign guys that were in attendance – it was as if they all came with the goal of getting adequate information. Even at that, you couldn’t convincingly say who is willing to invest and who is just paying lip service. So I did what any serious tech journalist would do, I interacted with them on the sidelines.

The first person I spoke to was a guy from Dubai who said he has invested in several startups in UAE, Europe and USA. I first spoke to him on why he is yet to invest in Africa and he admitted he was reluctant to invest because of the numerous stereotypes about Africa as an impoverished continent that is in need of aids.

“But after interacting with those who are making money at DEMO Africa, I am going to look around, consult and see where I can be part of,” he said.

He added that the quality of startups that pitched at DEMO Africa this year are those that could scale globally if they get adequate support and access to bigger markets and opportunities.

Nigeria got the highest number of startups this year and someone from South Africa said there is a strong connection between the number of problems of a country and the number of available opportunities. Statistically, this seems to be true as Nigeria dominated the education category but not the finance and banking category.

It’s no news that Nigeria’s education sector needs serious and urgent intervention, several attempts had been made in the past, many are trying yet no solution had proven to be very effective yet thus creating a wide array of opportunities for startups to explore – and they certainly explored them, getting international applause in return, maybe some dollars too.

I saw several other non-educational startup from Nigeria that attempt to solve problems being faced by Lagos residents and citizens living in other cities. OgaVenue is one of such. They are making it easier for individuals and event organizers to get venues for their events. I was even surprised that no one had thought of that idea before – quite genius!

Nigeria’s flag was well flown this year at DEMO Africa and during her opening and closing remarks, Nigeria’s former Communication Technology Minister Omobola Johnson confirmed that the continent of Africa and Nigeria as a country are ready for investors in order to take entrepreneurship to the level of Silicon Valley and other globally revered ecosystems in the world.

Other countries are also impressed with the advancement in the ecosystem in Nigeria. I spoke to someone from mLab in South Africa and he described the shocking scenario over there – opportunities and support are abundant but the entrepreneurs over there are not hungry enough for success. This is not the case in Nigeria as the startups know that without ensuring the success of their companies, they may not be confident that they will be able to foot their bills. This is why ‘startup’ isn’t a fancy word to describe computer geeks in Nigeria, it is the only chance for survival for many aspiring young Nigerians who can develop solutions to the problems citizens face daily.

They are more serious than the rest and I wasn’t surprised when it was announced that SimbaPay, Zuvaa, InsureAfrica, CarPartsNigeria, BambaPOS – three out of the five selected startups are from Nigeria, Lagos to be specific.

My take home quote as I pack my stuff to leave the hall on the last day of DEMO Africa 2015 was by Omobolaji Johnson who described entrepreneurship as a long hard road.

She said, “Be flexible. Be open. Plan to fail.”