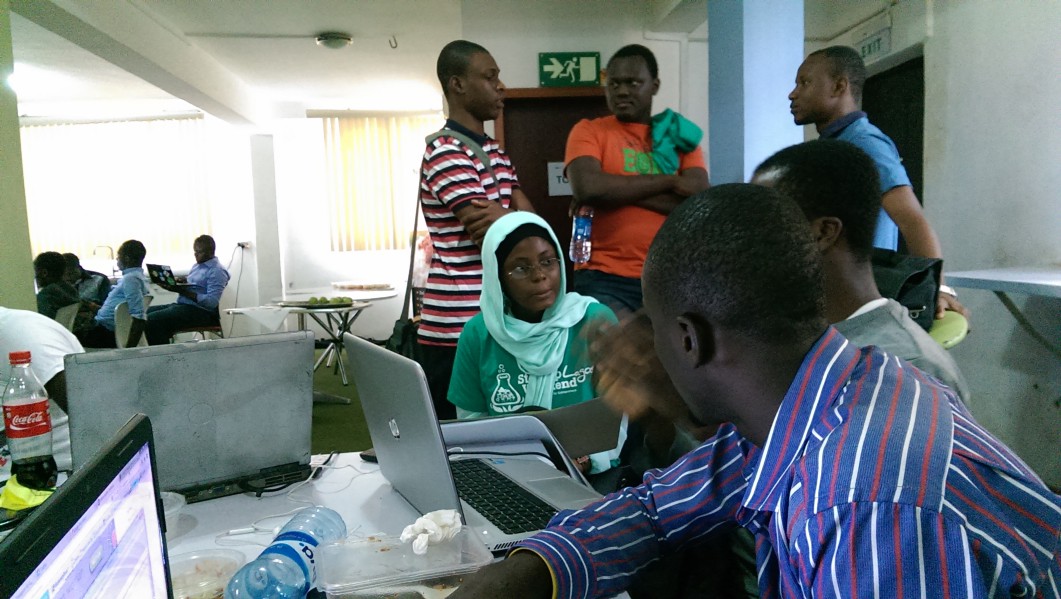 This year’s Startup Weekend Lagos brought together entrepreneurs to develop prototypes of solutions to local problems in 54 hours. Business people, developers, and designers pitched ideas, formed teams, built products, and presented their works to a panel of distinguished judges at the end of the weekend.

On the first day, Friday, more than 50 entrepreneurs were packed at the iDEA Nigeria open space to kick off Day 1 which opened with a round table conversation with two successful entrepreneurs with interest in startups. Olumide Soyombo (LeadPath Nigeria) and Bunmi Akinyimeju Venture Garden Group opened the day with a round table conversation titled: the journey, challenges and reward of entrepreneurship. This session was a fire starter to help set the tone for the weekend and beyond.

A total of 17 creative ideas were pitched; the ideas cut across different problem statements, industries, and value proposition. Participants then voted on their favorite ideas. Voting was competitive and the idea proponents were busy recruiting people to join their team. At the end of the process 4 teams emerged. The teams broke into separate spaces and worked till late at night.

On the second day (Saturday), the teams were at iDEA incubation hub and were reminded of the three-pronged judging criteria which were idea validation, business model, execution and design. These three points meant that they not only cranked out product but throughout the day they talked to potential customers, to validate their concepts or re-visit their original assumptions.

On the third day, final presentations were made before a panel of judges and coaches. The best presentations were those that clearly communicated the problem and how they would solve it, demonstrated their prototype, and addressed the business potential of their concept. The top 3 teams were SmartAjo, eVoting and Homable respectively.

SmartAjo is an automated contribution and settlement system, similar to local cooperative and Ajo system; eVoting is a secure and transparent online voting/polls platform; and Homable is a curated marketplace for exquisite interior design products and designers. The fourth startup is TINT which is described as the fastest and most affordable route to your destinations around Nigeria.

The teams automatically get 3 months free membership at the iDEA Nigeria Yaba center to continue building their product, and receive mentorship from Lagos Angel Network and Ingressive. In addition, the winning team also gets Kauffman’s FastTrac training from Ladlas Prince to get their new venture off the ground.