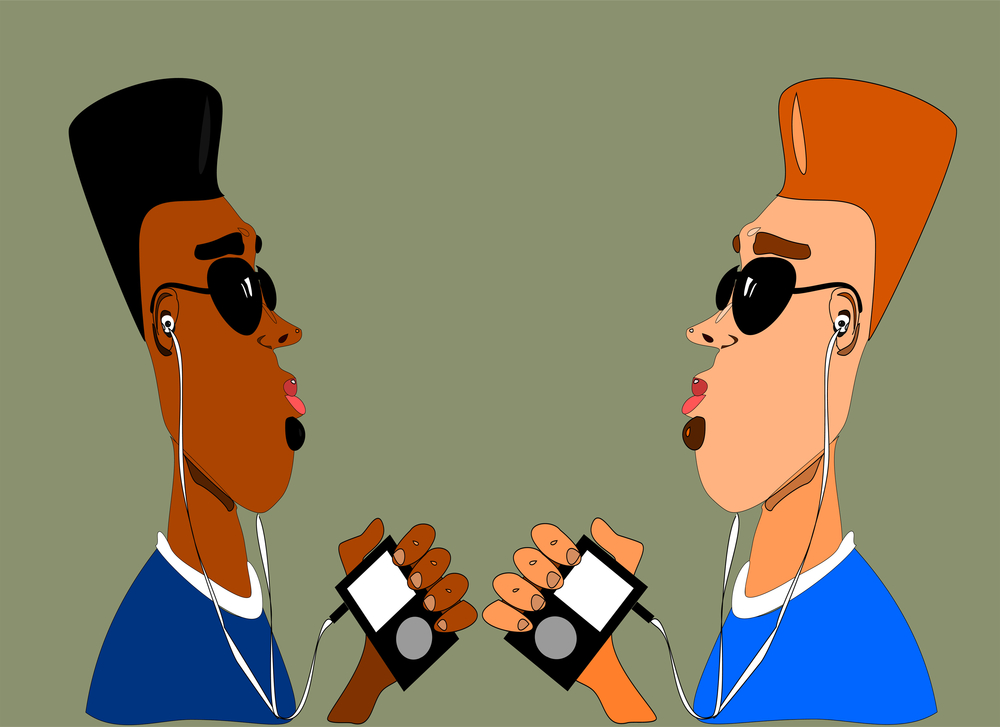 The music industry in Nigeria has been a consistent growth and success story so far. The industry, through creative individuals, has reached successful heights commercially. This was hardly imagined in the past. Unlike what was obtained in the 80s when the industry was not commercially viable and concentrated on a few genres, the current music scene has diversified beyond hip hop with a creative blend of the traditional music like high-life and Fuji with the hip hop genre. It has led to the most successful commercialisation of sound in the recent history of music in Nigeria.

In spite of these breakthroughs, the industry has been bedevilled by a single and complicated challenge, distribution. Without any structured distribution channel, the industry pays and motivates the wrong stakeholders- pirates- and leaves artistes frustrated. But with the advent of internet, and the immense potential of scuttling these distribution challenges through digital distribution, many believe that the time for artistes to truly reap the fruit of their labour has arrived. But from experience, attempts in that regard have seen little success because of a lack of proper regulatory instruments and other sundry issues plaguing online business in the country.

In 2012 alone, according to the United States International Trade Commission, digital music contributed $4.1 billion to the US economy. In Nigeria however, there cannot be said to be any official figures digital music has contributed to the economy. However, one thing that is certain is that music generally has contributed in no small measure to the significant growth being recorded in the Nigerian economy. The contributions have however come in the form of artiste endorsements by multinationals as brand ambassadors, concerts and shows. Very little is generated from album sales.

The challenge with the music distribution in Nigeria is hydra headed. With increasing decline in album sales as a consequence of unregulated digital distribution, some online entrepreneurs have tried venturing into the digital music distribution ecosystem to bring some succour to artistes.

In this regard, two online companies readily come to mind. They include iRoking and Spinlet. These have similar business models.  The idea is to operate as music distributors, helping artistes to market their products online while they get paid some royalties. Since they are still new, it remains to be seen how much significant impact they will make. But some of them believe the cost is large enough and that tremendous impact should be expected through digital distribution.

Speaking recently, Mark Redgaurd, Marketing Manager of Spinlet, said “Digital music is a major paradigm shift happening globally. Music is moving from physical purchases to digital downloads and streaming, and Nigeria is definitely part of this.” According to him, the market for online music has been very positive. He added,

“We see tremendous amounts of potential in Nigeria and across Africa. The market is very nascent. As such, the market value can vary with little degree of accuracy. I don’t think anyone knows its true potential. Digital distribution has certainly made an impact and will continue to do so for the long term,”

Despite this optimism it is difficult to imagine how much positive impact digital distribution will make in a system like Nigeria’s. The problem with digital music in Nigeria is that it is completely unregulated. Although those companies in it as businesses follow the legal routes, there are countless distributors engaged in illegal downloads of songs and do not even know that their trade is hurting some people. For instance, in every corner of major cities in Nigeria, there are people with thousands of songs on their personal computers and they are selling these songs at a paltry sum to millions of people who are much eager to pay and download them. The law is still blind to this kind of activity. This is a different kind of piracy that is very difficult to combat and poses significant threat to music industry.
With such activity thriving, physical album sales will continue to nosedive and artistes will continue to be discouraged as there may not be much future in pursuing a career in music. Also, all other businesses involved in music production value chain will suffer terribly or forced to quit the business as a result of this practice.

Simeon Ejeoti is a social commentator. He told Digitallagos that with digital distribution, the type in Nigeria, the future of the music industry is very bleak.

Ejeoti says “If you look at what is going on in the industry at the moment you will realise that in the future, nobody will even be paying for any song. The only class of people who will pay are those who will buy a ticket to go watch an artiste perform in a show. And of course you know as well as I do, that culture is not very popular here.

He added, “Technology especially the mobile is a threat to musicians. Take for instance; what you need to reach one million people is one digital song on a mobile phone. You share it with your friend, your friend shares with his friend and it goes on in a cycle. So, at the end of the day, everyone has and enjoys the song but no one has paid for it. The artiste only hopes that through his fame, people will invite him to perform at shows and then he gets paid or else he lives in penury even as a famous musician.”

Chuks Oche is an upcoming artiste; he said making money from music is becoming increasingly difficult because of distribution challenges.

According to him, “Making good music is no longer a guarantee that you will succeed financially. This is because after going through all the troubles of producing and promoting your music and it is accepted by the people, everyone gets access to it through free downloads and free file share. So your music is playing everywhere but no one is buying your CD, so you are making no money. However, I don’t think that the future is that bleak. Nigerian music will continue to grow but it will be different from what it was like in the past where people without any social pedigree became successful through music. Instead more people with the wherewithal to package themselves to attract the patronage of the elites will dominate the scene. Very many others will continue to play music for the love of it.”
Another artiste Jeremiah Herbert believes that digital music if regulated can solve the distribution problem and make music once more profitable.

He said, “Digital distribution instead of being a problem should instead be the last solution to this distribution problem. I think what government should do is to put regulatory measures in place to regulate how people sell music digitally. Also, Nigerian investors should also begin to consider investing in real time digital music distribution. If these happen, it is unlikely that digital distribution will threaten this important sector.”

With the foregoing it remains to be seen whether digital distribution will determine the success of the music industry in Nigeria or whether it heralds its demise. At the moment however, the Value Added Service (VAS) companies that collaborate with telcos to sell ring-back and call-back tones are currently the silent winners in this quest to monetise digital music. The VAS market in Nigeria is currently valued at over N78.5bn and may actually be moving towards $1 billion mark in the next three years.