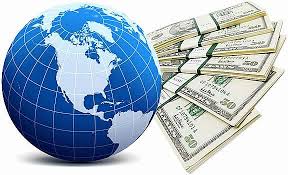 Sometimes in December, 2012, Nigeria’s Minister of Communication Technology, Omobola Johnson, announced that the government would launch an ICT Innovation Fund that would raise about $20 million for ICT entrepreneurs, to boost growth in the sector.

Speaking during the 18th Nigeria Economic Summit which held in Abuja at the time, Johson said the sector presents the best opportunities for financial empowerment to many young Nigerians who have realised its potentials.

“Skills are much easier to acquire by young people and it does not require huge capital, compared with other businesses, in relation to the attraction to information and computer technology in the country,” Johnson had said then.

However, two years after that proclamation, little succour has come in the way of tech entrepreneurs in terms of seed funding.
Investigation by Digitallagos revealed that the money has yet to be disbursed. As a matter of fact, some tech entrepreneurs who spoke to Digitallagos said there is not even any information yet as to whether the fund has been made available by the government, in whose custody the fund is and what the process of accessing the fund is.

“This fund was meant to be disbursed to tech companies. But at the moment no single tech company can be said to have accessed the fund. There has not been any information at all about how to even access the fund,” said an entrepreneur who didn’t want his name on print.

In Nigeria, the greatest challenge of internet entrepreneurs is getting an investment to transform ideas into businesses. Venture Capital companies dedicated to providing angel investment to internet businesses are almost non-existent.
As a result most young people who dream of owning an internet business never get their ideas off their heads because of lack of capital.

At the moment, most of the successful tech companies in Nigeria are backed by foreign Venture Capital firms. For instance, Nigeria’s Jumia.com is owned by German based Rocket Internet which is one of the world’s largest e-commerce focused venture capital firms and startup incubators. So are its other chains of e-commerce firms including the online hotel booking portal Jovago.co, a marketplace, Kaymu.com.ng, taxi hailing service, Easy Taxi, property poprtal, Lamudi and a used car marketplace, Carmudi.

Even Nigeria’s most celebrated success stories in online retail, Konga.com is backed by South African Venture Capital firm, Naspers. Naspers also supports a whole range of other profitable businesses in the country including OLX, pricecheck, News24, Careers24, etc.
The implication is that gradually, Nigerians are losing out on the e-commerce boom. It is not clear why Nigerian investors have yet to identify with the enormous opportunities in this sector. Several reasons could account for this. But some tech entrepreneurs who spoke to digitallagos on the matter said it is largely because Nigerians lack the appetite for investment risks. Where there is a will at all, it is betrayed by a desire for quick money.

“The problem is Nigeria has lots of money but they have little appetite for risks. Nigerians only allow themselves to be aware of what they know is guaranteed. That is why stealing and corruption is a guaranteed source of revenue. They wouldn’t put money into something until someone else has done it. For example, MTN put money in Jumia.com. They did that because they saw that Jumia is making money. We seem to have this habit of putting money in a business where they are sure you don’t need the money or you have started making money,” remarked a tech entrepreneur who didn’t want his name mentioned.

Continuing, he said, “We seem to have this habit of putting money in a business where we are sure the entrepreneur doesn’t need the money or have started making money. And even if they do put their money in it as it could happen sometimes, they deals you get in that regard are very unfavourable. They want to make little investment in it and then want to take at least 50 to 60 percent. So what is the point?”

That is not an unfounded claim. The only profitable internet businesses in Nigeria that seem to have no foreign investments in them are Nigeria’s car marketplace, Cheki.com.ng and the online portal, jobberman.

Experts believe that the problem is that Nigerians like obvious and easy deals, plus unjustifiable desire for quick money. Only very few investors are willing to make at least a five year period investment. And that is why Nigerians would lose out because even if they wake up now and begin to invest in the sector, they would have lost the bigger chunk of what they ought to have got if they had invested earlier.

Also speaking on this challenge, co-founder of Nigeria’s first online letting agency, tolet.com.ng, Suleiman Balogun said what he has observed is the penchant for investors to look towards regular brick and mortar business, resulting to general poor attitude towards investment related to anything online.

“I think there is funding for the regular brick and mortar businesses. But people fail to understand, that influential and rich internet businesses like Facebook, Twitter, WhatsApp etc for instance are companies that were built on Venture Capital funds. Without the capitals to scale these businesses at the speed which they have been able to do, they would not even be in existence. And I think that is what the supply here is in short. As it stands right now, a lot of people into tech business have been overseas, they have seen how things work out there, and they have come home to replicate these things but then they meet a brick-wall in terms of funding. Nobody is willing to put money down,” he said.

Balogun believes that all that will soon change especially with companies like tolet.com.ng getting more visibility in the future as more people may then begin to step up to invest in the sector.
However, he also believes that, “What Nigeria may intend to have is increased Foreign Direct Investment,” adding that, “It’s unfortunate that the billionaires here are not still stepping up to invest in the sector.

He also noted that for Nigeria to even attract any reasonable investment in the sector, a number of things need to change especially ensuring political stability to shore up investors’ confidence in the economy.

“What we need is increased political stability in Nigeria. This is because no one is going to invest in a country where they are not certain of its political future. There also need to be a platform to educate high net worth individual in the country of the immense opportunities in the sector and its potential for growth. There should also be some sort of legislation encouraging indigenous Venture Capital firms to actually invest in online services.

“What we have realised is that most Venture Capital firms in this country invest mostly in oil and gas. That needs to change. Even in real estate development, what we have found out is that the money that is being used for the biggest projects in the country is coming from overseas. Yet we have individuals in this country who have the capacity and the wherewithal to shoulder all these costs and make significant returns on their investments. It is not exactly encouraging,” he said.

With such steps taken especially by authorities, things will definitely improve for this sector that has so much to offer but with little support. At the moment, some indigenous Venture Capital firms are also stepping up to fill the vacuum and beginning to create completely independent indigenous online companies.

For instance, in 2013, iRoko TV entrepreneurs, Jason Njoku and Bastian Gotter, introduced SPARK, a $1 million backed company created to support and develop aspiring Nigerian tech and internet entrepreneurs. Based in Lagos, SPARK is a company that has set out to build companies and to fill the vacuum that currently exists in the country’s angel investment ecosystem.

Over the past one year, the company has lived up to its dreams by building and supporting some of the most profitable online businesses in Nigeria especially hotels.ng, foto, tolet.com.ng, drinks.ng and a host of others.

At the unveiling of SPARK, Jason had noted the creativity, talent, and the spirit of entrepreneurship is in Nigeria but Nigeria’s business ecosystem isn’t set up to adequately support start-ups in their earliest days, adding that its intention with SPARK is to act as the catalyst to a period of aggressive and exciting growth in Africa’s Internet sector.
Perhaps with more SPARKS, Nigerians may not completely lose out.