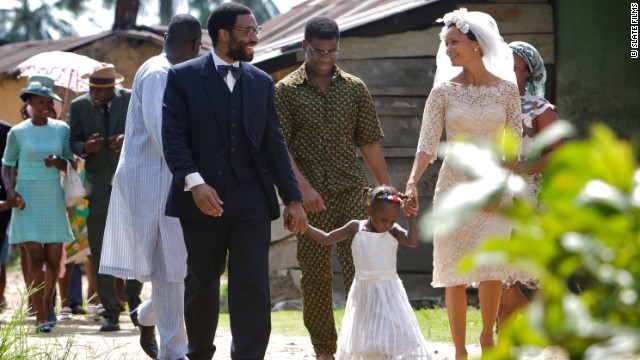 After much delay and international condemnation of its supposed ban, the Nigerian Film and Video Censors Board (NFVCB) has finally approved Half of a Yellow Sun to be shown in cinemas across Nigeria.

The movie which is an adaptation of the book with the same title written by Nigerian writer, Chimamanda Ngozi Adichie, is one of the nation’s most anticipated movies of the year. The approval was announced by the Board’s Corporate Affairs representative, Caesar Kagho.

The board announced that the movie is suitable for viewing by viewers age 18 and above; it however didn’t give a date that the film will eventually be released now that it’s been approved for release.

The movie was directed by Biyi Bandele and tells a love story that occurred during Nigeria’s Biafran war. It was previously scheduled to open in Nigeria on Friday, April 25, but that didn’t happen, as its release date was postponed, and has since been delayed, due to what the director described as “delays in getting certification from Nigerian Film and Video Censors Board.”

Interested readers can watch the official trailer via this link

The board said they delayed the release of the film because “it might incite violence in the country” given its subject matter – specifically, a scene that details a massacre at a northern Nigerian airport – in light of current political turmoil within the country.

It is therefore expected that the director might have deleted the controversial scene subsequently resulting in its approval for screening and release although it is already on home video in USA and United Kingdom.

Chimamanda told New Yorker: “The censors’ action is a knee-jerk political response, yet there is a sense in which it is not entirely unreasonable. Nigeria is on edge, with upcoming elections that will be fiercely contested, religion and ethnicity increasingly politicized, and Boko Haram committing mass murders and abductions. In a political culture already averse to openness, this might seem a particularly appropriate time for censorship. But we cannot hide from our history. Many of Nigeria’s present problems are, arguably, consequences of an ahistorical culture. As a child, I sometimes found rusted bullets in our garden, reminders of how recent the war had been. My parents are still unable to talk in detail about certain war experiences. The past is present, and we are better off acknowledging it and, hopefully, learning from it.”

The director also told CNN: “Since the Toronto premiere those many months ago, I’ve seen “Half of a Yellow Sun” at other film festivals in all corners of the globe. And Nigerians being the ubiquitous people that we are have been present in the audiences — quite often in great numbers — at each of these festivals. I am yet to meet a single Nigerian who has seen the film who came out of the cinema thinking that they had just seen a film that would incite anyone to violence. If anything, more than once, I’ve been accosted by cinema-goers — some Nigerian, but really, people of all races — who have been profoundly moved by the experience of watching the film. The refrain I’ve heard from them is, war is nasty, isn’t it.”

Tags: Half of a Yellow Sun, Lifestyle news