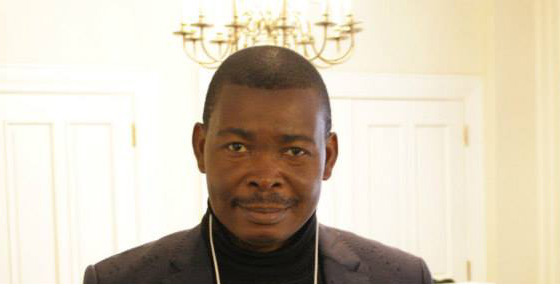 Collins Onuegbu is the Executive Vice Chairman of Signal Alliance an end-to-end IT systems integration company, he is also a member of Lagos Angel Network a network of successful businessmen and investors seeking to invest in tech entrepreneurs. He spoke to Digital Lagos on the sidelines of the just concluded DEMO Africa 2014 on angel investing, the entrepreneurial ecosystem in Nigeria and the timeliness of Lagos Angel Network.

How did the Lagos Angel Network come into existence?

It all started in 2013 and we are just into our second year. We are trying to build an ecosystem that doesn’t exist. We are still learning. The experience has been mixed – we’ve had some challenges, we’ve made some false steps and we’ve also made some true steps. We are getting to the point where we are about to take off right now.

What are the objectives of the network?

We want to be a catalyst for the ecosystem to grow and support startups to become large. I think Nigeria has been a bit slow about this. Although Nigerians are entrepreneurial, there has not been an ecosystem to support this. What we are hoping for is to get to a point where we formalize the sector to help startups in getting the funding they need.

Most of the countries that are bigger than Nigeria did not become big because they are smarter than us, they mostly did that because they have resources available to their entrepreneurs.

Who are the members of Lagos Angel Network?

Is Lagos Angel Network not starting off too late considering the numerous number of startups in Nigeria that have become giants and are highly successful – launching earlier may have given your members some share in companies like Konga and Jobberman?

We are not starting too late. I believe if we started two or five years ago, it would have been nice, but I think no time is late. There are certain things that need to be in place before we could take off and some of these things were not in place. Part of what we need include incubators and accelerators and pipelines. The pipelines are the hubs in addition to the accelerators. These people are just coming up. None of them can stand on their own, we are talking about ecosystem. Before some of them came up, it would have been difficult to run a successful angels network.