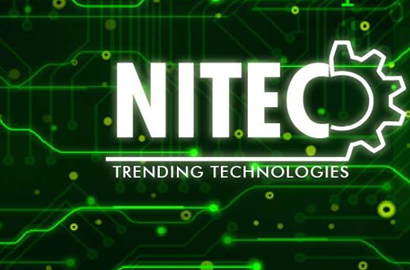 There’s a study that was made clear during the just concluded Nigeria International Technology and Exhibition (NITEC) conference. It’s the fact that disruptive technologies if adequately explored can contribute significantly to Nigeria’s GDP. Currently, the total contribution of ICT to Nigeria’s economy lies at nine per cent.

Disruptive technologies refer to either a new technological concept or innovation that creates a new market and value network and eventually disrupts existing market forces while also displacing the established market leaders and alliances.

Leading investors such as Airtel Nigeria, Nigeria Internet Registration Association and Yudala.com among other stakeholders that were represented at the conference hold the vision that ICT start-ups in the country can contribute even more to the economy if they can embrace the increasingly available opportunities in the market as well as innovations that deliver value.

Some of the sentiments from the major market players and regulators were:

Tony Ojobo spoke on behalf of the executive vice-chairman of the Nigerian Communications Commission (NCC), the Director of Public Affairs. He said disruptive technologies and innovation is a positive development concept in the transformation of the GDP of Nigeria. And also the African continent where traditional operators have enjoyed generous technological opportunities.

He noted that in most cases big corporations dismiss the value of disruptive technologies. They do it in the notion that they do not reinforce specific goals held by the companies. It blindsides as the technologies mature and gain larger audiences as well as market share and later threaten the status quo. These enterprises notably stick to working with the so-called sustained technologies.

Also at the conference was the deputy president of network operations, Airtel Nigeria, Adedoyin Adeola who challenged the government to formulate regulations that allow spectrum and active infrastructure sharing, removal of double taxation and declaration of Telco as a critical national infrastructure as well as helping SMEs to develop Innovation Centers.

Identifying enabling fiscal and monetary policies, quality and data transmission, the economic ecosystem for phones, cloud service, and broadband penetration as significant concerns that need the attention of both the government and SMEs, Mr Adeola further challenged the latter to invest in capacity building through internships and challenge programs so as to discover young talents.

There have been several new disruptive technologies and innovations since the new millennium. When the telecommunications sector hardly earned the country a billion US – dollars. There were not many people owning mobile phones but over time the figure has increased to over $32 billion. With about 148 million people owning the gadgets, of course, thanks to liberalization.

According to a report by McKinsey and Company, there’re about 10 disruptive technologies. These are applicable in Nigeria and elsewhere in the continent. These include mobile internet, internet of things (IoT), cloud connectivity, advanced robotics, over the top services (OTT), etc. They also have autonomous and near-autonomous vehicles, renewable energy storage as well as value addition among others.