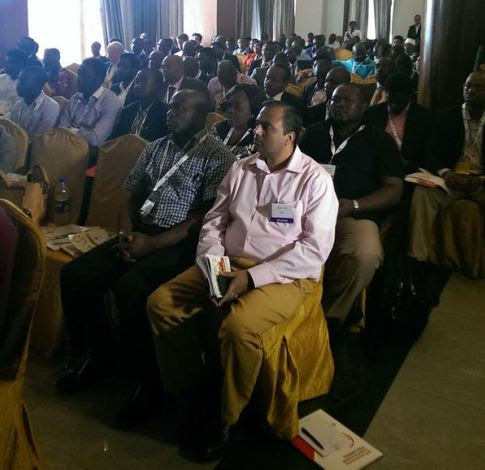 Lagos state this week hosted this year’s edition of the annual NigeriaCom conference organised at Oriental Hotel, Victoria Island. The conference is described as the largest dedicated digital event in the region.

In its fifth year, NigeriaCom is reputed to attract the leading figures in telecoms, ICT, Media and Finance, from across Nigeria and the wider region. Speakers from government and regulatory bodies, mobile operators, fixed and wireless service providers, banks and vendors shared their views on the strong growth forecast for the sector while outlining the agenda for sustained improvements and best practice in this burgeoning market.

On the first day, Nitin Anand Head of Data at Airtel, spoke on the digitisation of society and how Nigeria has the chance to be even better than any nation in the world. Also noteworthy is Eng. Festus Daudu of the communication technology ministry supporting the notion that operators are seen as partners of the government.

Resuming after the morning coffee break the sessions became more focused on network efficiency and the connectivity breakthroughs from innovative ISPs. The strategies discussed covered challenges of the Nigerian market from spectrum allocation down to rural market telecoms improvements, meeting the demand for affordable data, with contributions from, iPNX MTN and Google to name a few.

Networking is a major part of NgieriaCom: a busy Speed Networking session took place in the morning coffee break. The first day’s proceeding ended with a drinks reception hosted that carried on into the event.

“NigeriaCom is always a great event to be part of and it reflects the buoyancy of the market at present. We are proud that it remains relevant to the speakers and attendees and that we’ve had the opportunity to build out many new features this year”, says Adam Thompson, Conference producer.

On the second day, OTTs rising, and CIO’s evolving role in ICT were the themes. Speakers from the public and private sector gave a poignant discussion on broadband infrastructure to kick off. They all shared the sentiment that private sector needs encouragement from government to invest in network infrastructure and in turn grow the enterprise investment across Nigeria.

On the topic of surge in OTT services, MTN’s Bayo Adekanmbi sees this as the tip of the iceberg, so operators pricing must be well balanced. Yookos coyly concluded the panel stating telcos need OOT players because they have the content.

Resuming after the morning coffee break the CIO forum began with a great panel of shared perspectives from leaders in corporate ICT. How can CIOs manage the nexus force of mobile, social, big data and cloud? Critical thought was shared by Vodacom, Ekiti State, Nigerian Airspace Management Agency, Jumia, EMC and many others.