Communications Trend Limited (CTL) has become the first pay-Tv provider to take advantage of Conax’s improved content security platform offered as Contego-as-a-Service (CaaS). The Nigerian pay-Tv provider is hoping to enjoy a wide range of competitive advantages following its adoption of CaaS. It is a well-known name for cloud content protection.

CTL is banking on the adoption of CaaS to boost its service. It offers in the 12 Nigeria cities it currently serves. Commenting on the adoption of Conax’s CaaS, CTL’s COO, Ofem Ekapong Ofem, said that their philosophy is that quality television services inspires educational opportunities. That explains why CTL doesn’t fear to invest in new technology geared toward enhancing the viewing experience of its growing number of subscribers.

CTL has been using Conax’s solutions since 2003.

Conax said the upgrade will enable CTL to move to a platform that is more robust, flexible, scalable and secure. The content security provider also sees CTL differentiating its offering from the competition through the move. By differentiating its offerings, there is an opportunity for CTL. It cannot only secure its existing revenue base. But also expand it is it grabs market share from the competition.

CTL is promising its customers enhanced pay-Tv programming. Mr. Ofem said the move gives them access to technological tools for the future. CTL, the owner of CTL Cable TV, is moving to CaaS at a time when the shift to service-based business models is on the rise globally because of its economic benefits.

For instance, Conax says that CTL is set to enjoy lower capex. Also, the reduced platform operational complexities with its CaaS solution. As such, CaaS provides CTL with an opportunity to increase internal efficiency and position itself for long-term growth.

With the technology that CTL is acquiring from Conax, the pay-Tv will offer its customers a streamlined experience cross multiple devices and technologies. You can enjoy reliable cloud content protection. 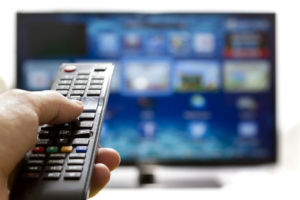 A look at Nigeria’s pay-Tv Market

A survey carried out by Research and Markets and released in 2015 showed Dstv, owned by MultiChoice, as the dominant pay-Tv provider in Nigeria. Dstv controlled almost 48% of Nigerian pay-Tv market as of the end of 2014. 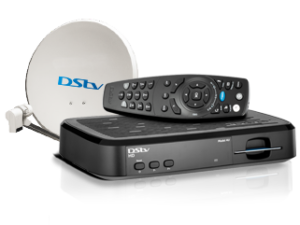 The report further revealed that the vast majority of Nigerian households at 85%. They still rely on free-to-air terrestrial television services. That indicates a massive growth potential for pay-Tv providers in the Nigerian market.

The growing industry requires a versatile platform. It can not only keep up with the competition but also win the competition. Conax believes its CaaS can help pay-Tv providers attain their dream in the fast-growing and competitive Nigeria pay-Tv market in Lagos.

Having won the heart of CTL with its cloud-based content security platform, Conax can now target other pay-Tv operators in Nigeria interested in modernizing their platforms and kicking out operational inefficiencies.

The latest data from the Nigerian Bureau of Statistics (NBS) shows that mobile number portability (MNP) activity is on the rise...

September 9, 2016
Copyright 2021 Digitallagos.tv All Right Reserved.
Back to top