In light of the recent West African outbreak, new measures must be taken to prevent rapid spread of the disease. A number of solutions are being put in place, or are under development that promise to identify the disease rapidly and help clamp down on its spread.

Throughout history epidemics were limited by geography and the fact that it took quite a while for humans to cover any sort of distance. Diseases couldn’t spread without having fresh victims to infect and if the next village was many days distant, sick people couldn’t get there as easily. In today’s modern age, however, it is completely possible for someone from an interior country to travel transcontinentally and infect others at a remote site, which could lead to an outbreak of global proportions.

Instead of geography, modern society must depend on technology to defend itself from epidemics like the current Ebola outbreak. Below are a few of the key technologies that are either in use, or are being developed to deal with these scenarios.

CDC App to Track the Virus 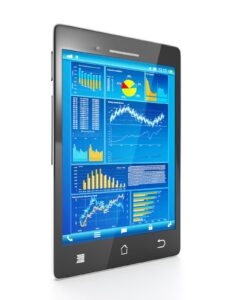 Historically, the hardest part of managing outbreaks has been tracking people exposed to the disease. This activity is called contact tracing and with a newly developed computer application the CDC has been able to make strides toward identifying people who’ve been exposed and containing the outbreak before it spreads. The program allows people on the front lines a centralized database with patient information, whereabouts and lab data, according to a recent press release.

Fortunately Ebola outbreaks are rare, so this is the first time that app has been put to the test of all its capabilities.

In addition tracking apps, there is a pressing need to diagnose patients earlier before they travel and potentially spread the disease. To do this rapidly and cheaply are important requirements, but so is the ability to do it remotely, or in an area where no laboratory services are available.

Positive ID, A company based in the San Francisco bay area of the United States has been working for some time on a rapid test platform that can be used at ports of entry, or by transportation officials to help contain disease. “If you can test early on in remote locations, you can essentially quarantine that area sooner, therefore reducing the spread of [the disease],” Lyle Probst, president of PositiveID, stated in a recent interview with KTVU in San Francisco. “Even now as people go through, some airports are scanning to see who’s running a temperature and who’s not and if they’re running a temperature they can go and take a sample from them, but they’re not going to get results for several hours.”

The positive ID device can provide test results in as little as 15 minutes and at a cost of about $25, much less than existing diagnostics.

Freedom 4 is another test platform that is currently being developed by researchers at the University of Otago in New Zealand. This device is capable of providing laboratory quality results in about an hour and is the size of a lap top computer. This device can also test for e-choli and flu viruses. Again this system is designed to be a stand alone device capable of being used anywhere it is needed and at a much faster pace then existing methods.

By Chuck Seegert, Ph.D. Wearable technology has enjoyed its rise to prominence in the fitness space with heart rate monitors...

September 8, 2014
Copyright 2021 Digitallagos.tv All Right Reserved.
Back to top