In the first quarter of 2014, Gbolahan Fagbure, former director of operations at Jumia Nigeria, and Raphael Afaedor, co-founder and former managing director of Jumia Nigeria, launched Supermart.ng, an online grocery delivery service where individuals in Lagos can buy groceries from supermarkets.

Although it set its eyes on the entire Nigerian market, it decided to start in Lagos – but not just throughout Lagos, it restricted its operations to Victoria Island, Ikoyi, Marina and Lekki, including Victoria Garden City (VGC). Few months later however, it extended its services to customers living in Ikeja, Maryland, Ilupeju, Ogba, Yaba, Surulere and the surrounding areas.

While many may say the entrepreneurs may not have sufficient funds to commence operations nationwide or across Lagos, the decision of international taxi app, Uber, to commence its operations in Nigeria by starting in Lagos to also launch only on The Island made it a point of interest to inquire about why startups favor this part of Lagos to other parts.

Sola Adigun, an entrepreneur said one of the reasons why it seems as if more startups are operating from the Island is the category of residents in the area.

“Island is not for the poor or illiterate, it is for the sophisticated, busy and somehow wealthy. The island is inhabited by people who would easily need the services being provided by startups and would not mind to pay something extra,” he said.

DapoAkinosun, an Island resident said the organisation and easy navigation of the island area could be another reason why the area is more attractive to startups than other parts of Lagos.

“Island is like an intermediary between developed countries and Nigeria. You know a good number of these startups are started by young chaps that probably trained outside Nigeria and by foreigners. So, Island is the closest they can get to the system in where they are coming from, and from there they can begin to understand the real Nigerian market and expand to other areas instead of jumping everywhere and dying even before starting,” he said.

However, Bankole Oluwafemi, Editor-In-chief of TechCabal.com, while discussing the matter from the angle of Supermart.ng told Digital Lagos it may not be that Island is more favored than other parts of Lagos; instead, he said it could be due to the area’s proximity to partnering stores.

He said: “I don’t believe it’s the island being favored ‎more per se, likely has more to do with proximity to the stores that first come in board — they are mostly on Lagos Island. The farther they have to go (to the mainland), the more complex the logistical challenges. It makes sense to start small and fan out after building an underlying structure that scales to the rest of the market.”

No quick fix to logistics challenges in e-commerce- Afaedor 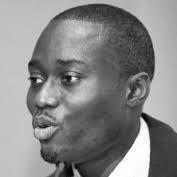 No quick fix to logistics challenges in e-commerce- Afaedor

Raphael Afaedor is one of the pioneers of e-commerce in Nigeria. He co-founded Nigeria’s first online retailer, jumia.com....