Booming Lagos: The future of Africa

For all those who don’t reside in and around Lagos, it’s a Nigerian City and the fastest growing city in Africa. Also referred to as the Africa’s big apple by businessmen and opportunists, Lagos is trending and rising to become Africa’s new urban hub.The events and ventures are just starting up and here are some of them that highlight how the city is turning out to be the next big thing.

The Social Media Week took place at Lagos from 23rd to 27Th February this year. The event is the biggest platform that operates worldwide and has a global reach across different continents. The event involves conferences that share ideas and innovations and the trends in social media thus helping organizations and individuals. The event connected the African continent in a way that was never seen before by indulging important leaders and key stakeholders. More than 5000 people participated in this event making it an overall success. It’s time for you to get involved!

Eko Atlantic is the new face of Lagos and is a well thought of planned city whose project started back in 2003. The primary reason behind the construction of this wonderful piece of land was the protection of the Victoria Island from the effects of coastal erosion. The idea was to bring private companies and organizations in collaboration and put their knowledge and experience to use to build a city that would be the financial center of Nigeria. The beautiful city situated by the ocean side is projected to become the financial hub for West African in the coming 15-20 years. This will remarkably bring new opportunities for Lagos residents and will provide room for people who are expected to live and work here in the coming time. South Energyx Nigeria Limited, BNP Paribas and Access Bank are top names that are some of the business partners that have taken up this project.

Tsaboin’s Traffic Talk: The app that lets you know the best route:

The city’s road and transport system is immobilized primarily due to very few traffic lights that are in the working condition. To add, the traffic is massive. This has resulted in people waiting in traffic jams for several hours leading a dip in economic growth of the city. But Tsaboin’s traffic talk is turning out to be the new working solution that can get people rid of the heavy traffic situation. The mobile app assists a user with live pictures of various busy roads in the state letting them know that they need to take some alternate routes. This is powered by company cameras that are fixed and programmed to work around the city. It also provides them with a view where they can search alternate possible routes to reach the intended destination and also has a feature where people can share their traffic experiences on social media. 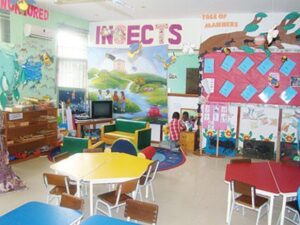 Children, being the new generation to lead the Lagos state are the clear focus of the state government. Lagos State Government is following a clear policy and encouraging Annual School Census for generating credible and accurate data for the education sector in the state. The use of decorated classrooms is also being promoted and the Commissioner for education believes that these visual aids would lead to effective learning for the young ones. The parents are themselves supporting the idea and agree that it creates a better understanding and helps their children pick things early and remember them for a long time. The more decorated the room is, the more communication flows among the children that study there. The early classrooms that were jaded and had bare walls are increasingly being changed to more aesthetic and serene setups where children can study joyfully.

Geographically and economically, Lagos has its own plusses and minuses but with its resourceful population, Lagos is changing fast and is thought of to be the next base for Africa’s transformation. In the coming years this is going to be the real Africa and by 2050 Lagos would be the city to experience most extreme urbanization like never before.

How 'Internet of Things' can boost businesses

How to Market your Businesses - Without spending a lot on it! 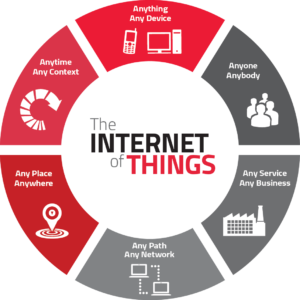 How 'Internet of Things' can boost businesses

The power of internet was conceived in its early days and is turning out to be true. From the start of ARPANET to the early...

February 25, 2015
Copyright 2021 Digitallagos.tv All Right Reserved.
Back to top